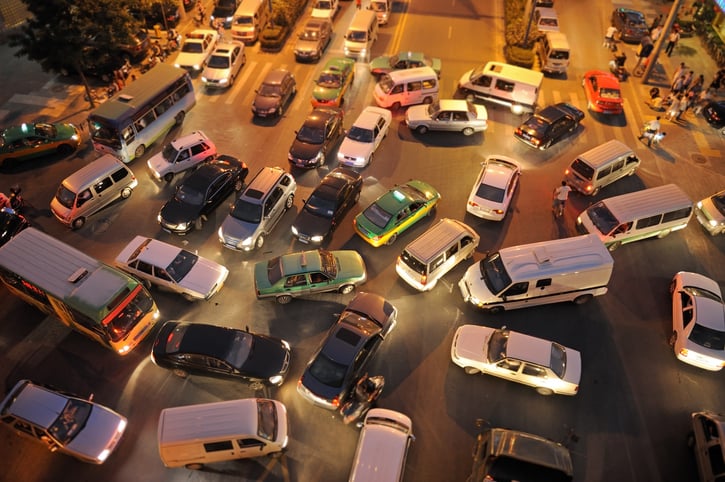 Southern California is, unfortunately, known for its car accidents. One of the most serious is the pileup, when vehicle after vehicle crashes. Injuries and loss of life from car accidents like this can be extensive.

Read on for 3 of the worst vehicle pileup accidents in southern California history.

We go back in the history books for the first one, which ended up in a 93-vehicle pileup in 1991. The cause? A huge dust storm, occasioned by a multiyear drought, that blinded drivers with winds up to 60 miles per hour.

The crashes included big rigs, whose gas tanks exploded. In the end, the carnage claimed 17 lives over a 160-mile portion of Interstate 5. Roughly 150 people were injured.

I-5 was closed down for miles between San Francisco and Los Angeles for more than a day. This is officially one of the worst multicar accidents in California history.

Weather also caused a larger pileup in 2007, but this time, it was central California tule fog rather than drought-driven dust. Roughly 100 cars hit each other in a chain reaction, killing 2 people and injuring “dozens,” according to the California Highway Patrol (CHP).

Dozens of cars were “mangled and crushed” as well. The crash occurred on Highway 99 south of Fresno. The CHP indicated that visibility due to the fog was approximately two feet, so it was likely the cars may not have seen each other until it was too late to stop.

Large rigs were involved in this accident as well, but fortunately, no fires or hazardous material spills resulted.

Weather was a contributing factor again in 2002 when a semi truck hit a freeway center divider on I-710 in Los Angeles. The semi accident, early in rush hour on a day where southern California fog was already impeding visibility, caused approximately 70 vehicles to end up in a domino effect.

Forty-five people were injured in the pileup, 5 seriously. Fortunately, no one died.

How an Experienced Los Angeles Car Accident Attorney Can Help

Vehicle pileups are only the most dramatic form of car accidents that occur every day, and can cause damage to people and property. In the worst case, they can cause fatalities. These pileups also illustrate how important it is to drive defensively and obey the rules of the road, including leaving adequate car lengths between yourself and other motorists.

A seasoned Los Angeles car crash attorney at our form can advise you of your legal rights and options for pursuing money compensation. If you or a loved one has suffered injuries or death from a crash in southern California, contact Ellis Injury Law today at 310-641-3335 for a discussion about your case, at no cost to you.