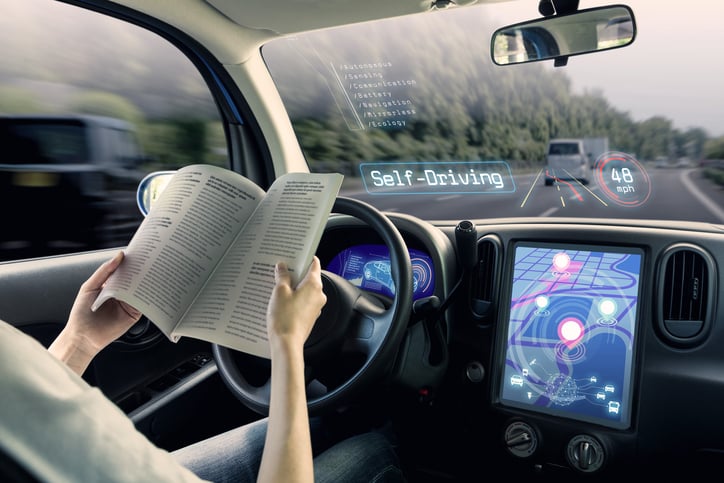 A Tesla Model S with the company’s Autopilot system rear-ended a fire truck on the 405 near Culver City, California on January 22, causing severe damage to the Tesla. The Culver City Fire Department indicated that the Tesla was traveling at 65 mph on impact.

The accident raises questions about the safety of auto pilot and self-driving cars. While there were no injuries, the fire fighters noted that there might have been, had anyone been in the back of their truck, which had been called to the scene of a motorcycle accident.

Tesla’s Autopilot vehicles are not self-driving, but they do automate some functions. They can, for example, change speed according to traffic patterns and obstacles, and keep a car in its lane or change lanes.

Tesla’s models are also designed to warn drivers who take their hands off the wheel, and even to shut down if hands-free driving occurs.

Tesla’s Autopilot vehicles are a half-way step between a car whose driver is making all the decisions, and a self-driving vehicle.

Was the Autopilot feature responsible for the accident? It isn’t yet known what caused the crash. Officials from the National Traffic Safety Board (NTSB) plan to investigate the causes of the accident, focusing on both driver and car.

Previous NTSB investigations of similar accidents, however, have often determined that multiple factors were at fault. In some, despite the presence of Autopilot, it has not been found to have contributed.

But as more autonomous cars become more frequent on the nation’s roads, drivers and car manufacturers may see shifts in their potential liability for accidents.

Who Is Responsible for a Crash? Car or Driver?

The National Highway Traffic Safety Administration and the Society of Automotive Engineers have developed six levels of automated driving, from 0 to 5. At the first three levels, the driver is in control of the car.  But at the last three, the car and its systems are increasingly in control.

Does the future hold the potential for cases where accidents occur and the car is at fault, rather than the driver? Yes, according to experts, if self-driving cars at levels 3, 4, and 5 are approved to hit the roads.

If that occurs, it’s possible that manufacturers and other parties involved in the development, manufacture, and even sale of the car could be liable for accidents. Dealerships are sometimes responsible for transmitting educational materials from the manufacturer to the buyer.

It’s a long way between here and there in Los Angeles and around the country, as self-driving vehicles are not yet fully regulated. But the future is drawing closer, and it will likely happen in California first, given our state’s leadership in autonomous vehicles.

Have Self-Driving Cars Been Fully Vetted for Safety?

Many Americans are concerned about the safety of autonomous vehicles. To those who hear about accidents such as the one on January 22, the safety of self-driving cars seems far less than fully assured.

If you or a loved one has been a victim of a car crash in Los Angeles caused by an autopilot car or any other type of vehicle, let a personal injury attorney help. We have 20 years of experience in car accident litigation, and a 99% success rate for our clients.

Contact a seasoned personal injury lawyer today at 310-641-3335 for a complimentary discussion about your case with skilled Los Angeles car accident lawyers.