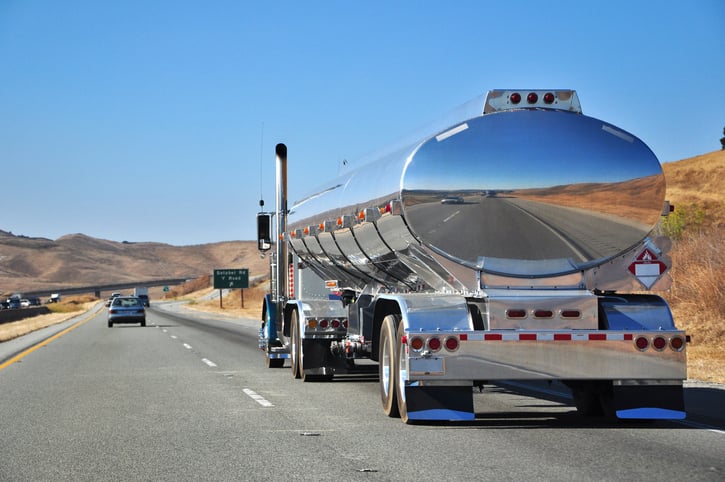 A tanker truck recently overturned on I-5, spilling roughly 10 gallons of fuel. Although there were no casualties, the northbound lanes of the 5 Freeway were completely closed for 11 hours, leading to massive traffic back-ups.

The accident occurred around 7 a.m. near Los Feliz Boulevard, in the Griffith Park area of Atwater Village. The tanker truck’s driver apparently attempted to avoid a vehicle stopped in front of him, according to the California Highway Patrol. The attempt overturned the truck.

The tanker was carrying approximately 7,500 gallons of fuel. A hazardous material crew was summoned and placed sand around the 10-gallon spill so it wouldn’t spread across the freeway.

The freeway lanes were opened again a bit before 10 p.m.

Assessing Responsibility in a Truck Accident

Fortunately, no one was injured or killed in the accident. But 361 people did die in California in an accident involving a large truck during 2017 (the last year for which statistics are available), according to the National Highway Traffic Safety Administration.

The incident on Los Feliz Boulevard does illustrate how potentially dangerous truck accidents can be. They are much larger and heavier than cars, so damage to people, property, and roadways can be much more extensive than with accidents involving smaller vehicles. Big rigs carry enormous amounts of fuel, the spillage of which can cause fire or make roadways hard to navigate.

Finally, trucks overturn far more frequently than smaller vehicles do. The overturn itself can be dangerous, both to the driver and passersby. Trucks can overturn because of improper driving, speeding, or wet roads. But they can also overturn because:

Everyone driving on Southern California’s roads owes a duty of care to other drivers. They need to follow laws and regulations. If they do not, it’s referred to as a breach of care. They can be judged responsible for causing an accident, and thus liable for injuries and deaths.

In the case of a truck accident, the trucking company may be responsible if the truck wasn’t properly maintained or loaded. Trucking companies frequently subcontract out loading or maintenance duties as well, so subcontractors can also bear responsibility.

If Your Need a Truck Accident Lawyer in Los Angeles

If you or a loved one has been killed in a truck accident in the Los Angeles area, you may be entitled to compensation for bills related to medical treatment, wages missed due to your injury, and pain and suffering, in addition to possible future medical bills and potential loss of earning potential.

Our first consultation to review and discuss your case is always free. We are vigilant in the pursuit of justice. Call Ellis Law Corporation today!