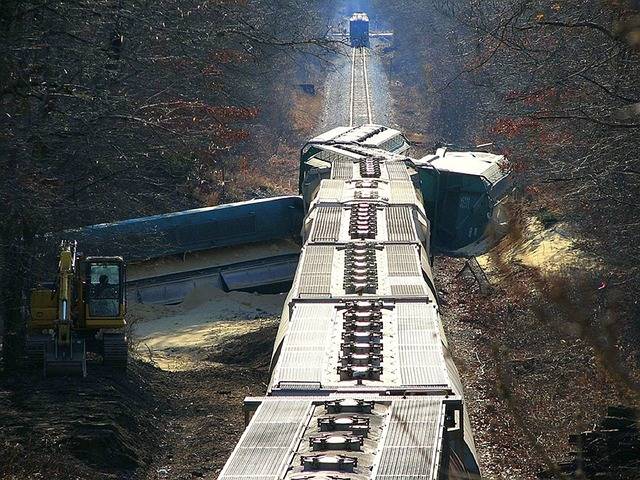 Rail service on Metro’s Green Line was suspended Thursday  between El Segundo and Redondo Beach after tanker cars derailed in the mid afternoon.  The derailment was reported about 2:30 pm; as many as 15 cars were overturned along the track near Chapman Way in El Segundo.

The train was carrying liquefied natural gas; no leaks or injuries were reported.  Evacuations were ordered for nearby businesses and a local park.  Heavy equipment was brought in to raise the derailed cars back to upright position.  The cause of the derailment has not been determined.  BNSF railway, the operator of the train, will launch an investigation.  Preliminary reports indicate that areas around the tracks appeared to have been flooded due to recent heavy rains.  It is unclear whether higher than normal recent rainfall contributed to the incident.

The aftermath of a transit-related injury event can be a time full of anxiety and confusion. For over two decades, our L.A. personal injury lawyers have provided aggressive advocacy on behalf of those harmed by the negligence of others, and we stand prepared to help hold transit authorities, equipment manufacturers and other responsible parties accountable for the harm visited upon our clients.  Our seasoned team of Los Angeles train accident lawyers will conduct a comprehensive assessment of the facts in your case, explore the availability of compensation and take all necessary steps to fight for your rights. For a no-cost initial consultation, contact us at 310-641-3335.