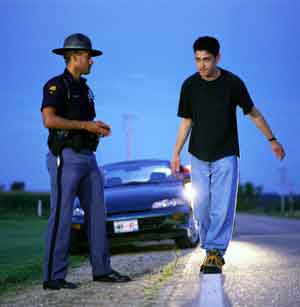 Results of a result survey reveal that significantly fewer young adults are driving drunk today than 10 years ago.

The Morbidity and Mortality Weekly Report from the Centers for Disease Control and Prevention found that 38% fewer young adults were drinking and driving in 2014, compared with 2002. There has also been a significant decline in teenage drunk driving, as 16.2 percent of kids between the ages of 16 and 20 admitted to driving after drinking in 2002, compared with 6.6% in 2014.

The study’s authors believe many factors are to blame for the decline, including additional sobriety checkpoints and aggressive educational campaigns, such as those sponsored by Mothers Against Drunk Driving.

While the number of young people who get behind the wheel after consuming alcohol is on the decline, a lot of them are still doing it. In 2014, 18% of people between the ages of 21 and 25 confessed to driving after drinking at least once in the past year. However, the survey didn’t inquire as to whether they would have considered themselves legally impaired.

Over the last five years, a total of 25.70% of people aged 12 to 20 in California have admitted to drinking alcohol during the past month, according to Mothers Against Drunk Driving. A total of 16.70% of these people confessed to binge drinking, which is defined as drinking five or more drinks on the same day during at least one of the past 30 days.

Uber may be helping reduce DUIs in LA

The number of people in Los Angeles arrested on suspicion of DUI increased 10% from 2012 to 2013. One year later, in 2014, this number dropped 14%, according to the “Avoid the 100” task force. During this time period, ride-sharing service such as Uber and Lyft saw a surge in popularity, serving as an affordable alternative to pricey and often hard-to-find taxi cabs. There are no specific statistics to prove these services are behind the drop in Los Angeles DUIs, but it’s very possible that they’re helping.

Despite a drop in DUI arrests, drunk driving is still a huge concern in California. During the past year, 867 people have died in traffic accidents — 28.9% of all traffic deaths — caused by drivers with a BAC of .08 or higher. This marks a 4.6% increase from last year.

It’s promising to learn that the number of drunk driving incidents is on the decline, but this is still a very big problem in Los Angeles. Sometimes it may be difficult to determine fault in a car accident, so seeking out aid from a personal injury lawyer is crucial.

If you were the victim of a drunk driving accident, you need an experienced personal injury attorney on your side to protect your rights. Call 310-641-3335 today to schedule a free consultation with the veteran Los Angeles car accident lawyers at Ellis Law today.