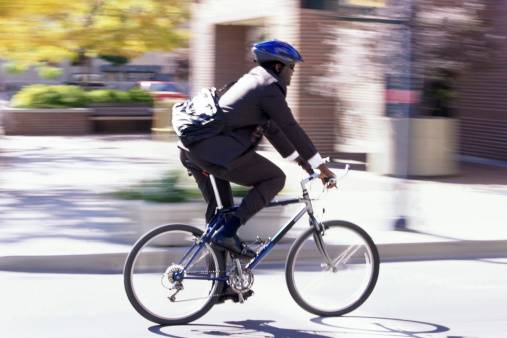 If you’re a bicyclist in Los Angeles, ride at your own risk.

That’s the stark message conveyed by a recent “SoCal Connected” segment aired by public television station KCET. The weekly video news magazine’s segment, “Cycle of Disrepair: Bumps in the Road,” focused attention on the dire condition of Los Angeles streets — and the potentially dire consequences for bicyclists who ride them.

Only 9% of LA roads in good repair

Roads in the city were characterized as “a mess,” with a mere 9% being in good repair. Interviews with area bicyclists highlighted potholes, cracks and fissures, uneven surfaces and other issues as dangers that sent them spinning off their bikes — in some cases, into the windshields of parked cars.

All of the interviewees had been treated for injuries sustained as a result of poor repair of city streets. Many had undergone extensive physical therapy.

Other footage highlighted deaths due to bicycle accidents – deaths that occurred because of  exceedingly dangerous road conditions. Potholes, deep cracks and fissures, and uneven surfaces are, of course, extremely hazardous to bicyclists, since all upset the balance of bicycles and can abruptly stop their ability to keep going at all.

In some cases, city officials had known about the road and street conditions for years, but had done nothing to fix them.

A number of injured cyclists have file lawsuits against the city in recent years. Last year, for example, the city of Los Angeles paid out $20 million in damages to people injured while bicycling on city streets.

The number is so large that it imperils the funds the city sets aside for damage claims from other categories.

Even more startlingly, the city agency tasked with repairing road surfaces in Los Angeles routinely hands back major sums from its budget to the city, according to KCET.

Why isn’t the money used to repair roads instead? The agency’s head attributes the problem to a lack of qualified people to do the work, yet routinely gives back money that would pay for road repair salaries.

If you or a loved one has been injured in a bicycle accident in southern California, we can seek justice on your behalf. Ellis Injury Law has more than two decades of experience successfully litigating bicycle and pedestrian accidents in Los Angeles.

Call 310-641-3335 for a free consultation with a skilled bicycle accident lawyer at Ellis Law.