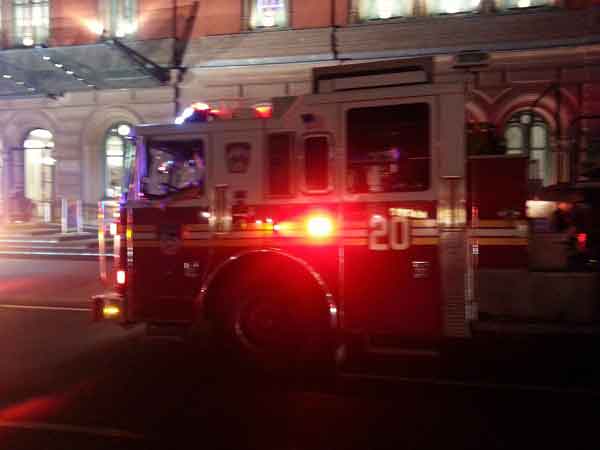 A street racing incident in Commerce took a fatal turn, taking the lives of three young men and critically injuring two more. Witnesses and residents of the area told local media street racing has been an ongoing problem in the area, despite attempts by law enforcement to put an end to the dangerous practice.

The accident occurred around 1:00 a.m. on November 14 in the 2600 block of South Malt Avenue, according to My News LA. Two cars and a pickup truck were involved in the crash, although details of exactly how the incident occurred appeared to be uncertain. The three men that were pronounced dead at the scene included Oscar Sanchez, 15; Oscar Gutierrez Sabino, 27; and Guillerno Gutierrez, 29. Sanchez was from South Gate, while Sabino and Gutierrez both lived in Los Angeles. All three of the victims were related, according to family members.

Two unidentified men were taken to County/USC Medical Center, where they were listed in critical condition. The specifics and extent of their injuries are unknown at this time.

Deputies at the scene told NBC Los Angeles they encountered dozens of vehicles at the scene of the car accident. According to locals and law enforcement officials, the location is a popular spot for street racers to gather. The accident is currently under investigation by local authorities.

The problem of street racing

Street racing continues to be a problem in California and across the country, particularly since the first in the Fast and Furious film series premiered in 2001.  According to the National Highway Traffic Safety Administration, 153 people were killed in 122 crashes related to street racing between 2001 and 2010. However, those numbers applied only to crashes in which at least one driver was charged with racing, the way the statistics have been tracked since 2009.

If the numbers include those crashes in which law enforcement suspect racing was involved, a tracking method used up until 2009, the number of deaths increases to 1,047 between 2001 and 2008. The fact that these incidents were completely preventable makes the deaths even more senseless and tragic.

In 2012, USA Today reported that as the problem with street racing continued to plague some cities, officials in some of those areas were looking for solutions to curb the problem. For example, after significant problems with street racing in the 1990s, San Diego launched a program that focused on providing legal places for drivers to race and a public education campaign regarding the dangers of street racing. Legal penalties have also been instituted nationwide in hopes of deterring drivers from the hazardous practice.

Laws involving street racing vary somewhat from state to state. However, the National Hot Rod Association cites a number of potential consequences for drivers involved in races. Those consequences might include arrest and imprisonment for up to three months and impoundment of the vehicle for up to 30 days. Drivers can also have their licenses revoked and their car insurance suspended.

From a liability perspective, drivers that cause these types of accidents can be held liable for injuries and property damage. Victims of these accidents may seek compensatory damages for injuries and disability, pain and suffering, property damage and other economic and non-economic losses. In some cases, these types of accidents may also result in punitive damages, since street racing is considered a criminal activity.

If you are the victim of a street racing accident, legal help is available. Contact the experienced Los Angeles car accident lawyers at Ellis Injury Law at 310-641-3335 for a free case evaluation with a personal injury lawyer and answers to your legal questions.