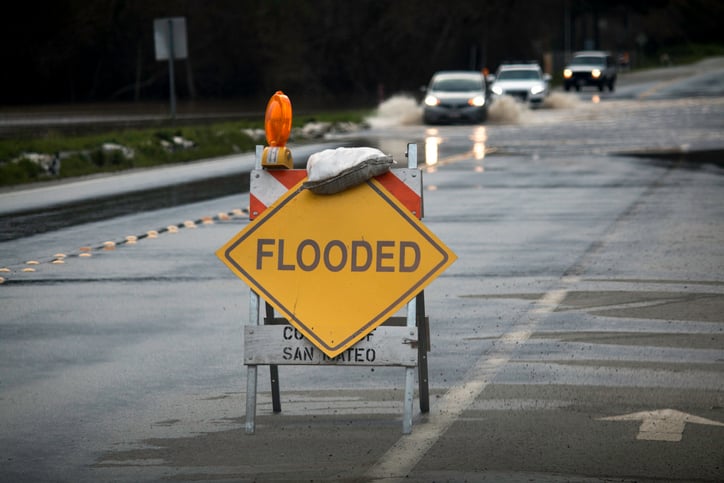 Rapper and record producer Soulja Boy was recently involved in a frightening car accident caused by mudslides in California. The accident happened on Saturday, January 5, when torrential downpours swept southern California just before the Golden Globes ceremony in Los Angeles. Few details about the accident are available; however, it appears that Soulja Boy was uninjured.

The rapper tweeted that his car got stuck in the mudslide and “almost went into the ocean.” Later, he explained that his car was still stuck in the flood/mudslide, but that he’s just thankful to be alive. “I don’t care about the car it’s materialistic, you can’t take it with you when you’re gone,” said Soulja Boy on his Instagram page.

Safety precautions pertaining to the flash flood and mudslides

The City of Malibu published several safety warnings on its website in the wake of the flash floods. Residents and motorists were urged to exercise caution. They were warned to watch out for mud, rocks, and debris cluttering the roadways, particularly in the canyon and burn areas. Part of the Pacific Coast Highway was closed to traffic because of the flooding, and part of Mulholland Highway was closed because of the mudslides.

The risks of flash floods and mudslides

As Soulja Boy’s car accident demonstrated, a vehicle can get swept up in the debris of a mudslide in a mere matter of seconds. Flash floods are more likely to cause mudslides in areas that have been affected by wildfires or extensive construction. Other at-risk areas include the following:

Landslides and mudslides can cause injury in a number of ways. Injuries may be inflicted directly by the rapidly moving debris. Injuries and illnesses can also occur due to broken electrical, gas, water, and sewage lines that may be swept up in the mudslide. Further complicating the problem is the disruption to local transportation, which may affect the movement of patients to nearby hospitals.

California residents are strongly urged to stay aware of the risks of mudslides during periods of intense rain. Avoid driving or walking near areas that may be subjected to landslides, such as areas along the canyons. If you do become trapped in a mudslide, get out of the path of debris as quickly as possible, and then get to higher ground.

If you or a loved one has been injured in a car crash due to heavy rains or mudslides, you need to take action right away to protect your legal rights. Other drivers may be held negligible for reckless actions, or municipalities may be at fault for defective design or maintenance of the roadways. Let the car accident lawyers at Ellis Injury Law put our extensive investigative resources to work on your behalf. Call us today at 888-744-0191 for your free case consultation. We never collect a fee unless we secure compensation for you.