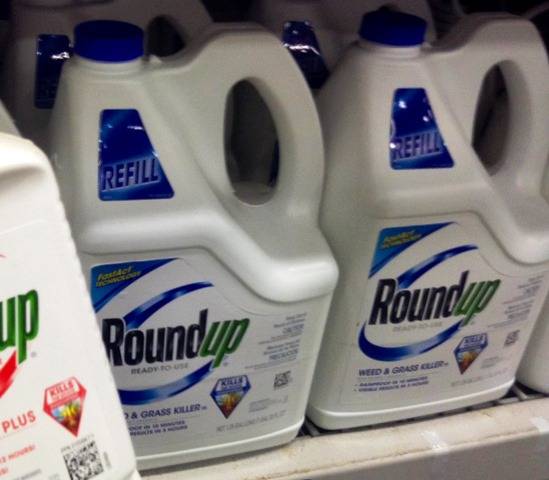 Maps published by public watchdog groups show that Monsanto’s Roundup, a weedkiller linked to certain kinds of cancers, is routinely being sprayed in public spaces of large urban centers. Meanwhile, the number of lawsuits contending that Monsanto did not provide adequate warning about Roundup’s carcinogenic properties continues to grow.

The maps most recently published by Reverend Billy and the Stop Shopping Choir show Roundup being sprayed in the California Bay area and in Portland, OR. The group expressed concern that Roundup has been used in vast quantities as a weedkiller in New York City’s public parks despite scientific evidence that the product is hazardous and cancer causing. Previous maps show Monsanto’s weedkiller being used in Los Angeles, Oakland, Seattle, and Philadelphia. Roundup contains glyphosate, one of the most widely used herbicides in the world.

The World Health Organization’s International Agency for Research on Cancer (IARC) classified it as “probably carcinogenic to humans” in March of 2015.  However, Monsanto has maintains that its product does not cause cancer.

Landscapers, gardeners, and others who have worked regularly with Roundup and products containing glysophate have reported higher rates of cancer compared to the general public.  The IARC has noted that non-Hodgkin lymphoma and other non-hemotopoietic cancers have been linked to glysophate exposure.

Some workers who were diagnosed with cancer after years of working with Roundup have filed lawsuits claiming that Monsanto did not provide adequate warning about potential cancer risks.  Recently, a farmer and landscaper have filed a lawsuit together alleging that their cancers were connected to glysophate exposure.  In a lawsuit filed in the US District Court for the Central District of California in April, John Sanders and Frank Tanner describe how they used Roundup for years before developing cancer.

Sanders, who was a ranch hand before running his own farm for 20 years, says he never used protective gear while applying Roundup because he trusted Monsanto’s affirmations that the product was safe. He developed esophageal cancer and had to have part of his esophagus removed; he then was diagnosed with low-grade B-cell lymphoma.

Tanner used Roundup for more than 30 years as part of his landscaping business and with the LA County Sanitation District. He used protective gear but not a face mask, because he believed that the product was safe. He was diagnosed with non-Hodgkins lymphoma and, later, with a skin lymphoma.

Filing a claim against Monsanto

Landscapers, gardeners, agricultural workers, and any other parties who have developed cancer after long-term exposure to Roundup may be eligible to file a Monsanto Roundup lawsuit in search of compensation for medical and other expenses sustained.

If you believe that you have suffered harm as a result of Roundup exposure in the greater Los Angeles area, it is important to contact an experienced product liability attorney to better understand your legal options.

Ellis Law is currently offering free case evaluations for individuals who have used or been exposed to Roundup and need answers. Call 310-641-3335 to set up your consultation today.