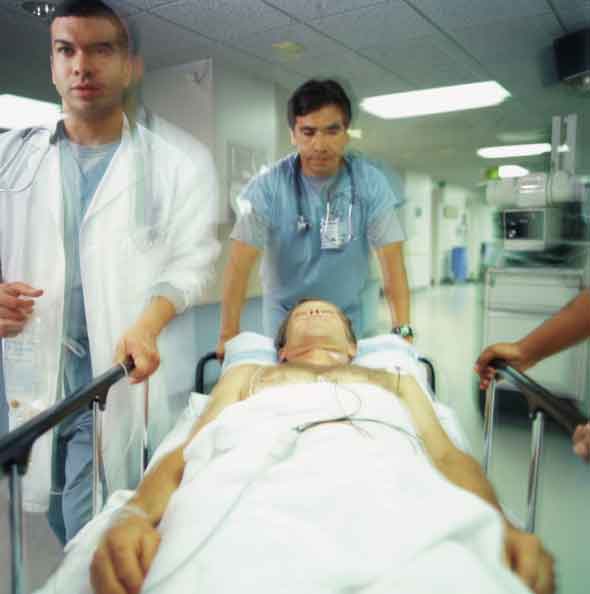 Four thrill seekers riding the Ninja coaster at Six Flags Magic Mountain in Santa Clarita were injured when their roller coaster derailed after hitting a tree limb that had fallen onto the track. The accident knocked the front car of the coaster partially off the track and left twenty-two riders hanging 40 feet in the air while rescue teams worked well into the night to finally bring the riders to safety. Two people were immediately hospitalized and two others were treated at the scene.

For many, it was a sad reminder of the tragedy one year ago at Six Flags over Texas in Arlington when a 52 year old woman was ejected from the Texas Giant coaster and fell to her death when her safety restraint failed.

Her death was ruled an accident, but her family has sued both Six Flags and Gerstlauer in a premises liability lawsuit, the German company that built the coaster’s trains, both of whom denied any wrongdoing.

Roller coasters, which account for 27.6 % of amusement park deaths, are getting taller and going faster than ever before, and though quality standards are high, the margin for error gets tighter with each extra mile per hour. The world record holder, Formula Rossa, at Ferrari World in the United Arab Emirates, clocks in at a hair-raising 149 mph! More disturbing is that no federal agency has legal authority to enforce safety standards on permanent amusement facilities like theme parks. The parks essentially police themselves, so if you are hurt you have little recourse on your own.

The attorneys at the Ellis Injury Law Firm are ready to offer their guidance if you or a loved one has been injured or killed in a roller coaster or amusement park accident in California.

There are almost 400 amusement parks in the US with 297,000 million visitors annually. According to the National Safety Council (NSC), there were 1,415 ride-related injuries reported in 2011.The number is deceiving because almost all amusement park accidents go unreported since there is no requirement for amusement parks to report them. NSC states that only 100 of 383 parks surveyed reported any accident data at all in 2011.

What is known is that there are thousands of amusement park injuries each year. The number of emergency room visits from amusement park accidents is now estimated to be 11,000 per year.

Typical amusement park injuries are whiplash-type injuries to the head, neck, and back from spinning rides and roller coasters, and lacerations, broken bones, and ligament damage. Less common are traumatic brain injuries from excessive g-forces or being hit by equipment, brain aneurysms, drownings on water rides, and deaths from falls.

We often think of the scariest and fastest rides at the amusement park causing the most injuries. In fact, what appear to be some of the tamest attractions—the inflatable slides, bounce houses, and so on– are recognized by safety officials as some of the most dangerous. A recent CBS-TV report on inflatable safety concerns spoke of 31,069 reported child injuries, many at amusement parks.

Jim Barber, spokesman for the National Association of Amusement Ride Safety Officials, says of inflatables, “These are probably the most dangerous amusement rides (the parks) have…You see more injuries on inflatables than almost any amusement ride you can think of—even roller coasters.”

If you or your child has suffered an injury on a roller coaster or any amusement park attraction, you may be entitled to compensation for all related medical expenses, lost wages, emotional trauma and other non-economic losses.

Please call the Los Angeles roller coaster accident lawyers at the Ellis Injury Law Firm at 310-641-3335 for a free consultation.