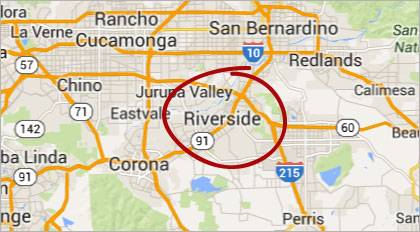 A Riverside plane crash on Monday afternoon claimed three lives and left two others with serious injuries. According to the Riverside Fire Department, the twin engine Cessna 310 went down just a half mile from the Riverside Municipal Airport, killing three of the plane’s occupants. The plane crash victims include an adult female, an adult male and a teenage female, but authorities have yet to release the identities.

Early media reports had originally stated that four people were killed in the plane crash, but as of yesterday the number of casualties was corrected. Officer Ryan Railsback of the Riverside Police Department confirmed that two female passengers both survived the crash, and were found by rescue personnel among the wreckage. One of the injured women who was aboard the fated Cessna was discovered in the bedroom in a house that the plane struck. The victim suffered third-degree burns to more than 90 percent of her body and is currently hospitalized.

Eyewitnesses say the small plane nosedived shortly after taking off from the local airport. It crashed into a Riverside neighborhood at around 4:40 PM on Monday, nearly destroying two houses and setting adjacent homes on fire. Leaking fuel from the Cessna fueled the blaze for several hours forcing many residents to evacuate the area.

According to a café owner at the Riverside Municipal Airport, the plane’s pilot was twice unable to start the Cessna’s engine, and then quickly took off once the afternoon showers had ceased. Authorities, as of yet, have not speculated as to why the 43-year old plane went down. 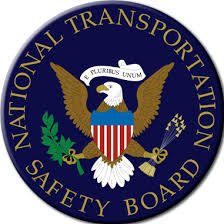 NTSB investigators are on the scene, and say that an official report on the Riverside plane crash should be available in the next 5 to 10 days. Authorities will be looking at a number of factors including the pilot’s experience and record, the weather, as well as the engine and airframe. NTSB investigators will also be evaluating witness accounts and surveillance video to help determine the cause of the crash.

A neighbor in the Riverside area, who said the crash “felt like an earthquake and sounded like two trains crashing,” had security cameras on his property that captured part of the crash.

Many residents took to social media to describe the horrific scene, burning homes and plane wreckage that covered nearly 150 feet.

Los Angeles car accident lawyers at Ellis Law Corporation continue to follow investigations into this heart-wrenching plane crash in Riverside. For more information or to schedule a no cost case review with a skilled personal injury lawyer, please call 310-641-3335.