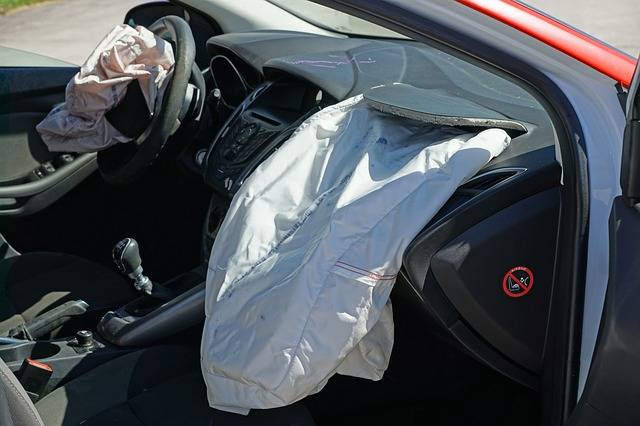 Mr. W [defendant], an employee of Young’s Holding, Inc, was driving his 18 wheeler southbound on Crenshaw Boulevard and made an unsafe left turn by crossing the center median and crossing into the path of opposing traffic. While Mr. W was making this unsafe maneuver, Ms. W [plaintiff] was traveling on the opposite side of Crenshaw Boulevard, traveling northbound in her Ford Expedition in lane number three.  The front side of Mr. W’s 18 wheeler struck the driver side of Ms. W’s Ford Expedition, then bounced off of Ms. W’s SUV and diverted in a southbound direction and collided with another vehicle, or a third vehicle, that was traveling northbound on Crenshaw Boulevard in lane number two.  The subsequent collision caused the third vehicle to spin around and collide with a fourth vehicle that was traveling northbound on Crenshaw Boulevard in lane number one.  Ms. W was trapped inside of her vehicle and fire department personnel had to extract Ms. W from the vehicle by cutting into the car frame and cutting her seatbelt.

Ms. W’s injuries as a result of the accident required her to have a laminectomy and arthroscopic rotator cuff surgery in both shoulders.  Her treatment resulted in a total of $628, 968 in medical costs.  After all the pain and trauma that Ms. Wright had to endure, Mr. Ellis was able to recover $2,500,000 on her behalf.