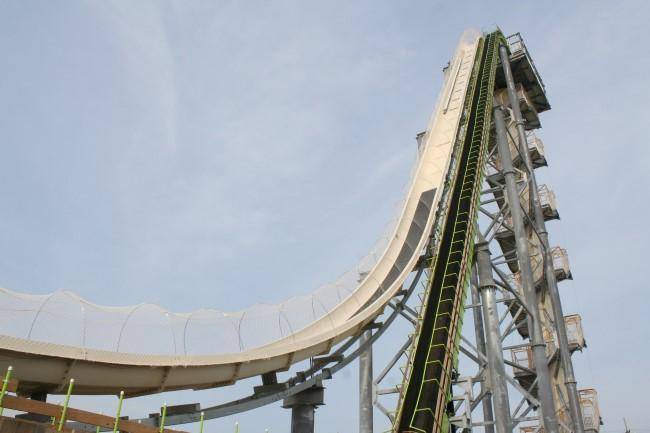 Concern about amusement park ride safety is at an all-time high, following a series of tragic accidents that killed a 10-year-old boy and harmed three young girls. Caleb Schwab, the son of a Kansas state representative, was decapitated while riding the 168-foot-tall “Verrückt” water slide at Schlitterbahn Kansas City water park. The water slide accident is still under investigation.

Just days after Schwab’s death, a Ferris wheel accident at a Tennessee county fair made national headlines when one of the gondolas malfunctioned, dropping its three occupants to the ground. Briley Reynolds (age 6) and her 10-year old sister were dropped 45 feet from the Ferris wheel at the Greene County Fair. According to police reports, Kayla suffered a broken arm, but her sister wasn’t so fortunate. Briley suffered a traumatic brain injury (TBI) and was taken to the Niswonger Children’s Hospital in critical condition. A 16-year old girl, whose name has not been released, was also critically injured in the fall.

Preliminary investigations suggest the Ferris wheel malfunction was caused by mechanical error. Criminal charges are pending while authorities wait the state’s decision as to whether there is evidence of negligence in the operation of the ride. In the meantime, the Greene County fair — operated by Family Attractions Amusement – has been temporarily closed.

Officials originally said that Caleb Schwab suffered a fatal neck injury, but later told media that the boy was beheaded during the water slide’s vertical drop. According to later investigations, it appears that the boy’s seat belt harness was not working properly. Kansas state reports show that the water slide passed inspection just two months prior to the accident, but Schlitterbahn guests said the seat belt harnesses were not functioning properly the day Caleb Schwab died.

This was Schlitterbahn’s first fatal incident, but water park and theme park injuries are not uncommon. Data suggests that water park accidents are more common than amusement park injuries, and more likely to result in serious harm that requires emergency medical treatment.

According to research by the Nationwide Children’s Hospital in Ohio, an average of 4,423 amusement park injuries is reported each year. Safety consultants like Ken Martin point to a lack of federal oversight and standard regulations for amusement park ride safety. “There are industry standards, but the problem is they’re not law in every state,” Martin told Fox News. “There needs to be uniformed oversight in all 50 states across the country, and amusement parks need to be more forthcoming with their incident records to advance safety standards.”

Improper installations, mechanical malfunctions, faulty repairs and operator negligence are just some of the factors that result in amusement park accidents.

Theme parks may be held liable for injuries or death under several legal theories including:

When evaluating liability issues in an amusement park injury or wrongful death, the attorneys at Ellis Law look at human factors, mechanical failures, design defects and evidence of gross negligence.  Our meticulous investigative approach leaves no stone unturned when it comes to helping clients achieve justice.

If you or someone you love has suffered serious injury at a water park, county fair or amusement park, you may have a viable claim for compensation. Discuss your case with an experienced Los Angeles personal injury attorney by calling Ellis Law at 310-641-3335. If we don’t recover monetary damages on your behalf, you don’t owe us a dime.