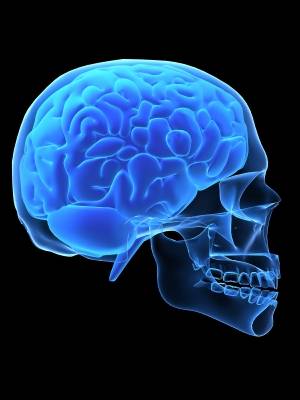 Some may argue that to compete in contact sports is to assume the risk of injury. That is not always the case, say Los Angeles personal injury lawyers. Football players, for instance, are willing to assume a certain amount of risk, but they purposefully equip themselves with helmets and padding to decrease their chances of befalling serious harm. The public holds safety equipment manufacturers to a reasonable standard – to sell a product that actually works as designed, and to back sales claims with facts.

The case against Riddell and the NCAA

Recently, five plaintiffs – active from 2010-2014 — filed personal injury lawsuits against Riddell, a football helmet maker, after suffering long-term brain injuries. The helmet manufacturer claimed the “Revolution” line of helmets “reduced concussions by 31 percent” and used self-funded internal studies to validate their marketing materials. In 2000, a biomechanics firm sent a report to Riddell, demonstrating that no football helmet could prevent concussions.

Lawyers say that the NCAA sacrifices player safety for profits, and unfairly promises a free ride to college for star athletes, knowing full well the players can’t cash in with damaged brains. Many of the players in the suit say they were unable to finish school or hold jobs after their football careers.

Additionally, Hall of Fame running back Paul Hornung, who once played for the Green Bay Packers, is seeking $50,000 to cover his medical costs related to dementia. Another personal injury lawsuit was filed on behalf of a group of former NFL players who say they were not warned of long-term health risks like chronic traumatic encephalopathy, a degenerative brain disease.

Experts use advanced imaging to prove a concussion’s effects

To win compensation, the first argument must be to establish that some type of injury has occurred. This can be challenging for concussions, where players may or may not show medial signs of injury on brain scans. Purdue University researchers have been studying the impact of concussions on the brains of high school football players since 2009. One season, Jefferson High School referred six players with visible concussion symptoms to Purdue University researchers one season, but scientists identified 17 players with brain changes through use of Magnetic Resonance Imaging and sensors located in the helmets.

“We are seeing damage not just to neurons, but also to the vasculature and glial cells in the brain,” said Eric Nauman, a professor of mechanical engineering at Purdue. He added: “I was particularly disturbed that when you get to the offseason – we are looking somewhere between two and five months after the season has ended – the majority of players are still showing that they had not fully recovered.”

Some kids had no outward symptoms, but their brains had rewired themselves to skip around the parts of the brain still healing from concussions. Chemical changes in concussion victims’ brains included a 50 percent decrease in neurotransmitter glutamine in the motor cortex part of the brain, compared to control subjects.

“In some patients, there are structural changes to the brain after a single concussive episode,” according to Yvonne W. Lui M.D. from NYU Langone School of Medicine. Her team was the first to show specific, measurable volume loss in certain areas of the brain, like the anterior cingulate and the precuneal region, following a concussion. These regions are correlated with memory, attention, and higher order executive function, as well as anxiety and depression. A single impact caused lasting symptoms — including brain atrophy, depression, memory loss, dizziness, headaches, and attention deficit — for 10-20% of major traumatic brain injury patients that persisted over a year later.

Meeting these challenges head-on is no small feat. It takes a law firm that has the resources to pay for sophisticated testing and investigative work, as well as a record of accomplishment in winning complex personal injury lawsuits. California attorneys at The Ellis Law Firm say the most important work of these personal injury lawsuits is done through diligent investigative work. Andy Ellis explains: “A judge dismissed a class action lawsuit against helmet maker Riddell in 2015, stating that the lawsuit failed to illustrate precisely how the company’s marketing claims were false.”

To win these tough cases, attorneys can use a variety of compelling materials, including:

Riddell and NCAA go on the defensive

The courts mandated that the NCAA pay $75 million in July 2016 to establish a 50-year medical monitoring program for college athletes and a $5 million program to research treatment and prevention of concussions. New provisions mandate pre-season baseline testing for concussions and return-to-play guidelines. The NY Post reported that an appeals court is expected to approve a $1 billion settlement between the league and former players.

Even though concussions are challenging to prove medically, they are also difficult to disprove. As a result, Los Angeles personal injury lawyers expect to pursue more settlements in these cases in the future.

Experts can be found to testify on any side of the dispute, which levels the playing field in the legal profession. “Ultimately, you’ll need an expert who is very confident, well-spoken, and on-point to sway the judge and jury. Either you’re paying top dollar for someone who has been consulted in many trials, or you’re spending many hours to groom the expert just right,” explains Mr. Ellis.

This willingness to invest in their clients sets the Ellis Law Corporation ahead of the pack. If you have suffered brain damage or cognitive decline after playing football, contact us for a free case evaluation to explore your legal options.