Pandemic Fuels Rise in E-Bikes… But Are They Dangerous?

Pandemic Fuels Rise in E-Bikes… But Are They Dangerous? 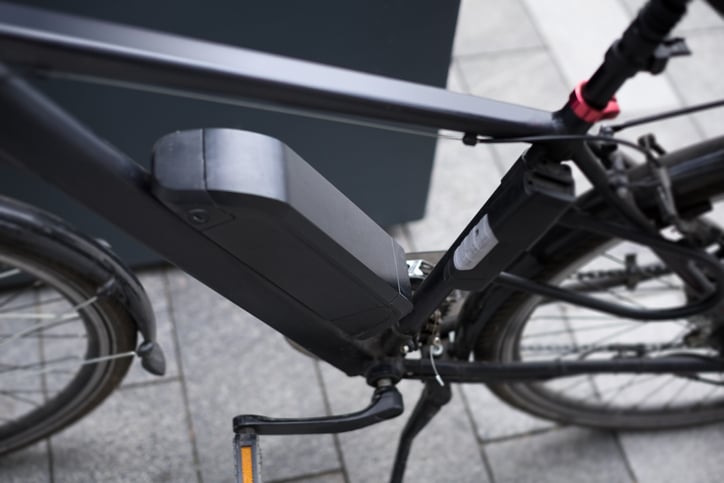 Major auto manufacturers are eager to cash-in on this hot new trend, but consumer advocates are warning about potential risks.

E-Bike Sales Grow Around the Globe

Europe’s approach to pollution and overcrowding traffic management favors the use of e-bikes. Cities like Oslo, London, Madrid, and Paris restrict downtown roadways to automobiles, but allow scooters and e-bikes. America represents a largely untapped market, with cities like Boston, Minneapolis, and LA testing out slow street programs.

With price-tags upwards of $1,500, automobile and motorcycle manufacturers like Audi, BMW, Ducati, Ford, Harley-Davidson, Jeep, Maserati, Mercedes-Benz, Porsche, and Yamaha have dabbled in E-bike offerings. Even so, leading sellers include direct-to-consumer brands like Rad Power Bikes and Lectric XP.

The increased use of E-bikes will inevitably lead to a rise in accidents – most famously, Simon Cowell in August 2020. He took a spill on his brand-new SWIND EB-01 in the courtyard of his Malibu home, which led to a broken back and six hours of surgery to place a metal stabilizing rod.

In fact, E-bike users are more likely to suffer internal injuries requiring hospitalization, according to the United States Consumer Product Safety Commission’s analysis of emergency room data collected from 2000 to 2017.

According to their research, E-bike riders were 3x more likely to collide with pedestrians than scooter or pedal-powered cyclists.

At this point, “we don’t know a lot about the overall risks and benefits of electric-powered scooters and E-bikes,” lead author Charles DiMaggio concluded. The most commonly injured riders were between 18-44 or 45-64, with an average age of 31.9, with males accounting for 83.3% of E-bike injuries.

Previously, Swiss researchers found that 27.4% of injured E-bike riders sustained trauma to the head and neck. Other common injuries involved the upper extremities (22.6%) and face (19.3%).

Mild brain injuries, hemorrhage, lacerated wounds, fractures, and contusions were among the most common E-bike injuries.

Over the years, manufacturers have issued a number of safety recalls. Pedego recalled 11,600 electric bikes after discovering that an improperly manufactured cable could cause the bikes to accelerate unexpectedly, causing a fall hazard. Superpedestrian recalled 230 E-bikes due to a rear axle failure in their Copenhagen conversion wheels. Clean Republic replaced 3,350 units that could accelerate unexpectedly when water enters the motor.

While a recall is not necessary to pursue a product liability claim, it can help in establishing the case that the manufacturer knew about a particular defect.

E-bikes can be fun – but, like scooters and motorcycles, this mode of transportation is not without risk. Many parties will be watching injury trends closely amid the rise of electric cycles — city transportation planners, treating ER physicians, and personal injury lawyers included.

Injured in an E-bike Accident?

If you suffered a serious injury in an e-bike accident, either as an e-bike rider who was hit by a motor vehicle or as a pedestrian hit by an e-bicycle, you may be entitled to compensation to cover your medical bills, lost wages, and other losses.

Additionally, some e-bikes have had safety recalls in recent years, so riders who have injured themselves may consider contacting an attorney to see if there is sufficient cause for a product liability lawsuit.

Ellis Injury Law has the experience and resources to handle all types of e-bike claims, so do not hesitate to call for a free consultation.