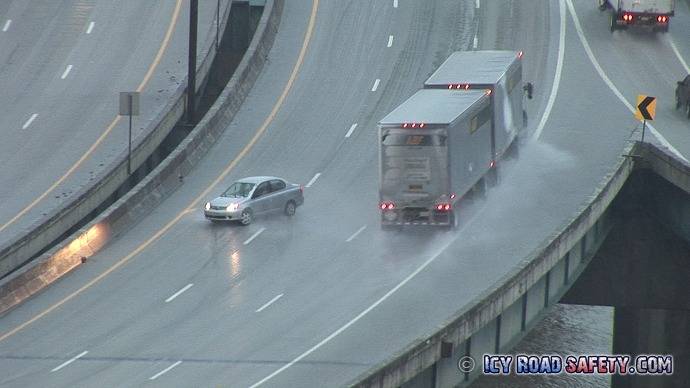 An incident last week which caused a propane tanker truck to overturn caused drivers on the eastbound 10 Freeway in Ontario to experience significant delays, according to reports from the California Highway Patrol. The crash, which occurred at approximately 5:30 a.m., resulted in one injury and road closures lasting several hours.

The morning commute for drivers headed east on the 10 Freeway near the Milliken Avenue exit came grinding to a halt when a propane truck was involved in a crash which caused it to overturn onto the roadway. Heavy delays resulted from the incident, which caused motorists to be forced off the freeway at Haven Avenue. Officials were initially concerned about a possible leak and subsequent hazmat situation. However, the all-clear was eventually given and work crews successfully righted the tanker truck at roughly 8:30 a.m.

Reports from the scene indicated that one individual was injured in the crash, though that person was able to walk under their own power to the offramp for Milliken Avenue, where paramedics were standing by to provide treatment. The cause of the accident was not immediately known, but remains under investigation.

While it is fortunate that this particular accident did not result in serious injuries, the 10 Freeway propane crash does draw attention to the potential dangers presented by commercial vehicles of all types when traveling our roadways. Because of the substantial size disparities between trucks or other similar modes of transport and typical passenger cars, the ability for collisions to cause life-changing injuries and death must never be underestimated.

Commercial vehicles most likely to produce serious harm include:

The scenarios responsible for commercial vehicle accidents are seemingly innumerable, though each one threatens the safety of everyone who shares California’s roads.

The NHTSA lists the following as the most frequent causes of commercial vehicle incidents in the U.S.:

There can be no doubt about the often profound physical, financial and emotional toll experienced by innocent victims of commercial vehicle accidents. With injuries ranging from relatively minor complaints all the way to paralysis, traumatic brain injury and even death, the impact of these events can be devastating and permanent. Those affected by incidents of this type can take some comfort in the fact that the legal system affords the opportunity to pursue the financial compensation they will likely need for ongoing medical treatment, physical therapy, replacement of lost income and more.

In addition to the driver directly responsible for causing a serious commercial vehicle crash, victims may also be able to seek recovery from parties that may include:

Fighting for the rights of California accident victims

Cases involving commercial vehicle accidents are inevitably complex, highly detailed scenarios, and victims need not go it alone in their quest for accountability. The Los Angeles car accident lawyers at Ellis Law understand the strain these events place on entire families and are here to help.

For a no-cost consultation and an evaluation of your legal options, call a personal injury lawyer at our firm at 310-641-3335.