One Dead after Tree Falls on California Wedding Party

One Dead after Tree Falls on California Wedding Party 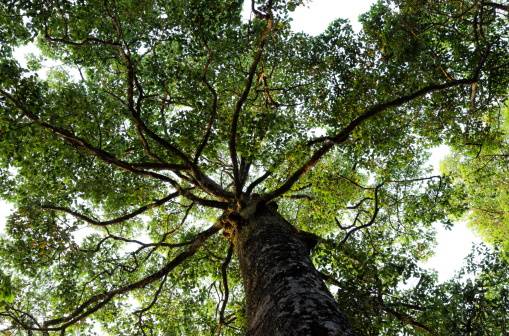 Fire department officials in Southern California say one person died and at least five persons were hurt when a massive eucalyptus tree suddenly fell down on wedding party guests who were celebrating at Penn Park. The tragedy occurred last Saturday shortly before 4:30 PM in Whittier.

When police arrived on the scene, they found several family members and wedding attendees who had gathered under the eucalyptus trapped beneath the debris.

One witness who was attending a birthday party in Penn Park told officials he saw the tree split in half before it crashed down, striking several people. One of the victims, who has not been identified, was pronounced dead on the scene. Five others incurred injuries described as minor to moderate. One of the injured was transported to a nearby trauma center and the others were taken to a local hospital for medical treatment.

“They were here for a joyous occasion and then, unfortunately, a very large tree interrupted that,” L.A. County Fire Department deputy chief John Tripp told USA Today. “They right now are going through a lot of issues that we are trying to support.”

Drought may have weakened the tree

Authorities say that given the immense size of the eucalyptus tree and the large crowds at Penn Park, everyone is fortunate there were not more injuries that day. Arborists have been asked to examine the tree and help officials determine why the eucalyptus collapsed. Fire officials in Southern California suspect that the ongoing drought has likely contributed to the incident. Over the past five years, much of the area has suffered the effects of extreme drought, and a recent winter rain storm may have weakened the eucalyptus, says John Tripp.

Wildfires and extensive drought have plagued much of California over the past several years, putting immense stress on vegetation and killing millions of trees. Both homeowners and municipalities have a responsibility to maintain and remove drought-killed trees that may cause catastrophic damage in the event of collapse.

The fact remains that standing, drought-affected trees are unpredictable and dangerous. If and when they crash down, they can cause severe injury and death, as was evidenced last Saturday. Arborists caution that it may be impossible to predict which trees will fall and when, as many nutrient-starved trees will stand for years. The surest way to prevent tree-related injuries is with regular maintenance and pruning, at least every 5 to 7 years.

In accidents where landowners or municipalities are found to be negligent in the pruning and maintenance of vegetation, victims may be able to recover monetary compensation through filing a fallen tree lawsuit.

Fallen tree injuries and deaths are alarmingly common in Southern California. To explore your options for legal recourse, contact Ellis Law for a free case review with a skilled personal injury attorney in Los Angeles. Contact us toll-free today.