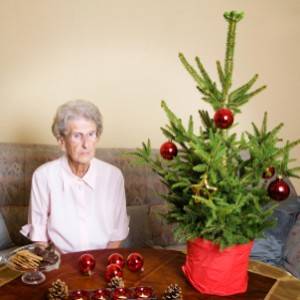 Untold numbers of home caregivers provide the loving attention their elderly loved ones need. Unfortunately, the neglect and downright abuse of seniors is also rampant. In Southern California and beyond, many families turn to Los Angeles elder abuse lawyers for legal help when neglect is detected within nursing homes.

But legal resources are also critical when family members discover that hired in-home caregivers or their own flesh and blood have been abusing elderly loved ones.

Los Angeles residents were recently shocked to learn of the tragic death of Yolanda Farrell, an 85-year-old woman who had been receiving care in a nursing home. She was entirely dependent on others, being nearly completely paralyzed and unable to feed herself. Her homeless daughter, Linda Maureen Raye, convinced her mother to discharge herself from the nursing home and let her act as the sole caregiver.

Raye rented a one-bedroom apartment with her mother’s Social Security money and then began receiving $900 in monthly benefits from California’s in-home care program.

Within a year, Farrell was dead of septic shock, a serious infection that developed because of her severe, untreated bedsores.

Police officers said that Raye had “neglected (Farrell) to death.” Initially charged with murder, Raye is currently serving an 11-year term in prison for elder abuse.

Unfortunately, this case is far from being a solitary incident. Fifty-four-year-old Toni Giusto was reliant on Yvonne Belanger, her longtime domestic partner, for her care after becoming paralyzed from the waist down. The woman that Giusto trusted with her life locked her in her room, refused to bring her to medical appointments, and even refused to bring her water. When Giusto developed severe bedsores that attracted maggots, Belanger sprayed bug spray on her. Fortunately for Giusto, her sister asked police officers to check on her. After being convicted of elder abuse, Belanger died in the county jail.

California’s In-Home Supportive Services (IHSS) program is the largest caregiver program in the U.S. that is publicly funded. With $7.3 billion at its disposal, its caseload has doubled in recent years. It now serves 490,000 low-income California families. Under this program, family caregivers who qualify can receive about $10 per hour to provide care. Although the program is supposed to be supervised closely by social workers and other professionals, in reality, family caregivers have little oversight.

In fact, the state doesn’t even require that all family caregivers receive training – leaving people with no medical training to provide services for the most vulnerable of individuals. And with minimal eligibility restrictions, those convicted of felonies such as rape and assault can legally become paid caregivers.

The program relies on county social workers to check in with each client once per year. During the approximately half-hour a social worker spends with each client, the emphasis is not on evaluating the quality of care, but rather on assessing the number of hours logged. Adding to the problem, social workers often have such large caseloads that not every client may receive a visit each year. Essentially, it’s left up to diligent family members to ensure that their senior relatives are being given the care they need.

The personal injury lawyers of Ellis Law work closely with families to help them demand justice on behalf of loved ones who have been grievously wronged. Elder abuse can take many different forms. Even if you’re unsure of whether your loved one is suffering from neglect or abuse, you can contact our attorneys to schedule a free review of your case.

Our law firm provides unparalleled advocacy and personal service. With our investigative, medical, and legal resources to support you, we can help you demand compensation for your loved one’s suffering by filing a personal injury lawsuit.