Multiple Fatalities in Motorcycle and Car Crashes around Los Angeles

Multiple Fatalities in Motorcycle and Car Crashes around Los Angeles 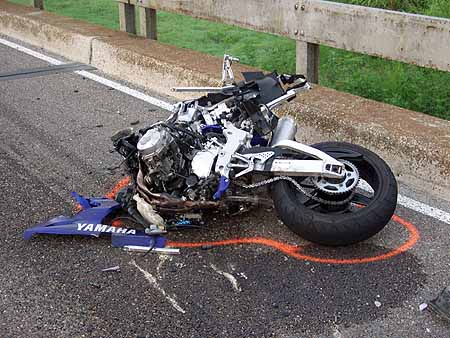 Several families in the Los Angeles area have been dealing with the aftermath of a slew of auto and motorcycle accidents recently. Los Angeles motorcycle accident lawyers at Ellis Law urge victims and their families to become informed about their legal rights and options. One of the accidents involved an LA County sheriff’s deputy. The motorcycle deputy had been patrolling Topanga Canyon Road when his department bike struck a patch of loose gravel. He lost control of the bike and crashed into a hillside. He is expected to recover and no other vehicles were involved in the accident.

Unfortunately, a teenage motorcyclist wasn’t as lucky. The 17-year-old rider was entering the 14 freeway close to Palmdale when he struck a 2001 Audi A8. Investigators noted that the teen had been using excessive speed. He attempted to brake, but the bike slid and struck the car. He was pronounced dead at the scene.

Third crash may have been deliberate

Earlier in December, a freeway accident claimed the lives of a father and two children. It occurred at about one a.m. on the Golden State Freeway. Investigators believe that the father, 46-year-old Alan Edwards, may have deliberately driven the car into a big rig. Edwards had not been asleep at the wheel and there were no tire marks to indicate braking. Homicide detectives said the man appeared to have made several maneuvers to place him on a collision course with the truck.

The children’s mother, Sherri Edwards, is grieving the loss of her five-year-old daughter and nine-year-old son. The parents had been engaged in a contentious custody battle, which may have provided the motive for the apparently deliberate crash. The mother noted that the father had left his driver’s license, keys, and his son’s asthma medication at home, and had left all of the doors unlocked, indicating that he did not intend to return.

Adding to the tragic list of recent accident victims is the deaths of two men, who had been driving a car and a pick-up truck. The accident occurred on the 110 freeway. Police responded to reports of a driver using excessive speed and driving erratically. Then, the driver made a U-turn and began driving in the wrong direction before colliding with the truck. It isn’t yet known if drugs or alcohol were involved.

Victims may be entitled to compensation

Although it isn’t yet known if the surviving victims and the family members of those who lost their lives plan to contact an attorney, doing so is in their best interests. A personal injury lawyer can provide legal guidance with regard to the rights and recourse of accident victims, and can demand compensation on their behalf. Compensation may be obtained for victims’ medical bills, disability, property damage, lost wages, and loss of earning capacity. In the event of a wrongful death, a lawyer can demand compensation for funeral expenses, emotional anguish, and other damages.

In the aftermath of a tragic accident, families may not think of contacting a motorcycle accident lawyer right away. However, time is of the essence when it comes to filing a car accident lawsuit in LA, as statutes of limitations apply. Victims of crashes and their families can schedule a free case review at Ellis Law by calling 310-641-3335.

Our team is dedicated to helping victims and their families rebuild their lives after suffering horrendous losses. We can file an auto accident lawsuit on your behalf and hold negligent individuals responsible for their actions. Our veteran attorneys understand the legal strategies it takes to obtain maximum compensation for our clients; call us today to learn more.