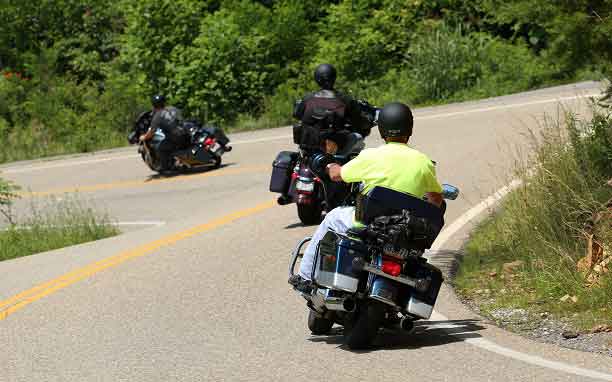 A Sylmar man lost his life in a motorcycle accident that occurred in Arleta earlier this week. The driver of the vehicle that collided with the motorcyclist fled the scene and now police are searching for the driver and the vehicle. Unfortunately, authorities have little information to go on and are seeking the public’s help to find the driver that fled without offering emergency assistance or calling for help.

The accident occurred around 3:00 a.m. on the early morning of Saturday, June 4. The motorcycle driver was hit on Devonshire Street in Arleta, just south of Arleta Avenue. Steven Joseph Vega, 29, was driving a black and white 2009 Suzuki motorcycle when the collision occurred. He was ejected from the vehicle upon impact of the accident.

Vega was taken to an area hospital, where he died of his injuries. Vega’s family members told ABC 7 that if the driver of the other vehicle had administered emergency assistance or called for help rather than fleeing the scene, Vega might be alive today.

“Split seconds count when someone’s life is hanging right there,” the brother of the victim, John Vega, told ABC 7.

The local police told the media outlet that although Vega initially appeared to be at fault in the accident, leaving the scene of the crash has now turned into a crime.

A $50,000 reward is currently being offered for information about the driver of the other vehicle that could result in an arrest and a conviction. A detective for the Los Angeles Police Department said the vehicle that was involved in the accident would likely have damage to the front or the driver’s side.

Motorcycle fatalities have been on the rise in California in recent years. According to the California Office of Traffic Safety, fatalities increased more than 12 percent between 2013 and 2014, with a total of 519 deaths in 2014. The news of this recent fatality came just days after the National Motorcycle Safety Awareness Month ended on May 31. This month was designated by the National Highway Traffic Safety Administration in an effort to curb motorcycle accidents across the country.

Liability in a motorcycle accident

When it comes to determining liability in a motorcycle crash, the laws of negligence are usually the standard used. Because motorists have a responsibility to share the road with motorcycles, their failure to do so may constitute negligence and make them liable for the victim’s injuries and property damage. The motorcycle driver may be partly responsible for the accident, which could impact their ability to pursue damages.

In this particular crash, the driver of the vehicle could be facing criminal charges for leaving the scene of the accident. The victim’s family could also file a civil lawsuit alleging that the driver’s failure to call for assistance contributed to the wrongful death of the motorcyclist in some way.

If you are the victim of a motorcycle accident in Los Angeles, you may be coping with catastrophic injuries from the crash. When a fatality results from a motorcycle accident, surviving family members are left to pick up the pieces. In either case, proper legal representation from a skilled personal injury lawyer could be the key in securing damages from the responsible party to compensate for medical bills, lost wages and other non-economic losses.

The Los Angeles car accident lawyers at Ellis Injury Law firm offer skilled legal representation to those who have been harmed through no fault of their own. To arrange a free legal consultation with a leading personal injury attorney, contact Ellis Injury Law today at 310-641-3335.