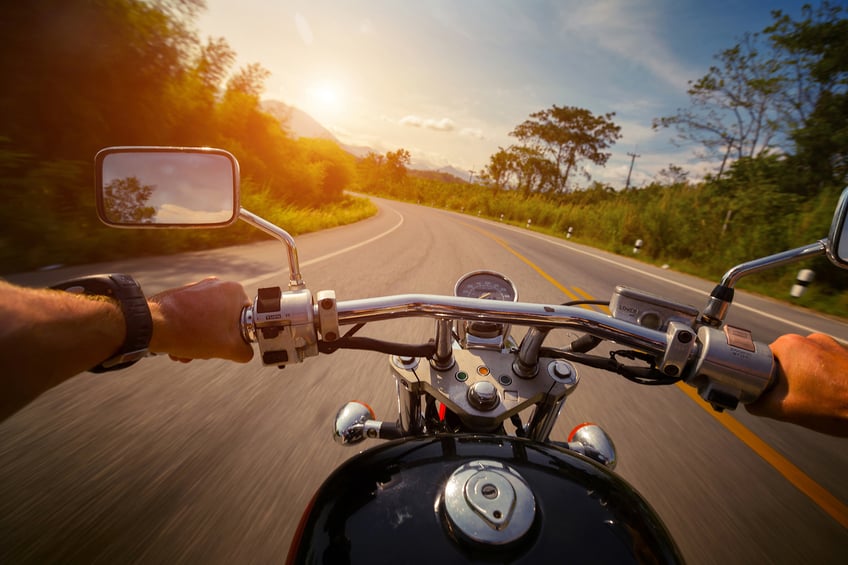 Although the decrease is cause for celebration, motorcycle riding is still dangerous to life and limb. Deaths resulting from motorcycle accidents occur 28 times more frequently than deaths from other vehicle accidents.

Why Fewer Motorcycle Accidents in 2017?

Why were there fewer motorcycle accident-related fatalities last year? The GHSA points to the ability of the state’s riders to split lanes. While many states have debated letting motorcycles split lanes, only California allows it legally.

Opinions on the safety of lane splitting are not uniform. Clearly, state legislators think it enhances safety, building on University of California, Berkeley researchers, who felt it could be safer if done at appropriate speeds. Their 2015 study found fewer head and torso injuries and fewer deaths in lane-splitting motorcyclists versus those who did not split lanes.

The National Highway Traffic Safety Administration has also noted that other countries have enacted lane-splitting laws and it seems to have worked well where allowed, reducing congestion and promoting safety, partly because bikers are no longer trapped behind cars.

The single most important safety measure in driving a motorcycle, of course, is wearing a helmet. The U.S. Centers for Disease Control (CDC) estimates that helmets saved more than 1,800 lives in 2016, the last year for which those statistics are available. Helmets cut down on the risk of a fatality by 37%.

Hurt in a Motorcycle Crash? Call for a Free Case Review

When accidents do happen and tragedy ensues, families have the legal right to compensation for medical bills, hospitalizations, even funerals.

Call an experienced Los Angeles motorcycle accident attorney at The Ellis Law Firm if you or a loved one has been injured or killed in a crash. We have decades of experience winning maximum compensation for injured motorcyclists in southern California. Call us today at 310-641-3335 for a free consultation with a personal injury attorney.