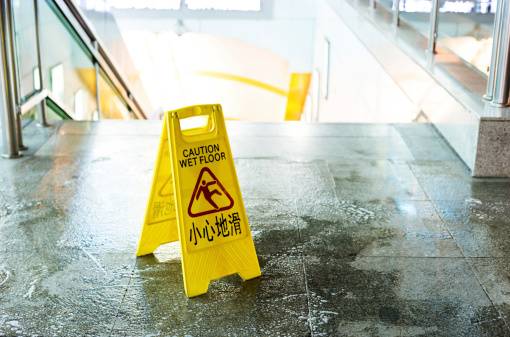 In July of 2013, Kelly Hendrickson went to a Lowe’s store in Las Vegas to shop for palm trees. While in the garden department, the 38-year-old mother of three slipped, fell and struck her head on the hard concrete. She contends that Lowes ought to be held liable for her permanent brain injuries and recently, a jury agreed with her. Hendrickson was awarded $16.4 million in compensatory damages.

The decision followed about six hours of deliberations, which took place at the end of the trial in April 2016. The award included $1.9 million for Hendrickson’s medical expenses and $14.5 million for her pain and suffering. The jury rejected the claimant’s bid for punitive damages.

Kelly Hendrickson had been checking out the palm trees not long after the inventory in the garden department had been watered. As a result, the concrete was quite wet. A Lowe’s employee did place a four-foot tall caution cone in the area. However, counsel for the plaintiff contended that the cone was obstructed by a planter table and not visible.

To give the jurors a visual demonstration of how a patron of Lowe’s might easily miss seeing the caution cone, the counsel for the plaintiff dramatically pulled out a similar caution cone from behind the witness stand at one point during the trial. He pointed out that as everyone had walked in the courtroom that morning, apparently no one had seen the caution cone because it was hidden from view.

During the course of the trial, the plaintiff’s counsel also poked holes into witness testimony for the defense. A man had testified that he’d seen Hendrickson jump and knock over the cone when she fell.

“It’s hard to imagine a better warning of something on the ground than being so close to the cone that you yourself knock it down,” asserted the counsel for the defense. The claimant’s counsel countered this witness testimony by pointing out that at the time of the incident, the witness was across the parking lot and only saw the fall from out of the corner of his eye. The attorney also pointed out that the witness was not able to recall the color of the caution cone when asked, incorrectly stating that it was orange when it was actually yellow.

The effects of comparative negligence

The slip and fall accident at Lowe’s changed Hendrickson’s life forever. After she fell and cracked her skull, she incurred significant medical expenses. She is believed to have permanently lost her senses of smell and taste, and she suffers from other neurological injuries.

Have you suffered injuries in a retail establishment?

Slip and fall accidents can lead to a wide range of injuries, from minor to debilitating. If you’ve suffered from fractures, head trauma, or any other types of injuries after falling on someone else’s property, you may have the basis for filing a premises liability lawsuit.

Contact Ellis Law to schedule a free case review. Every personal injury attorney in our team is highly skilled and can explain your legal rights and pursue maximum damages if litigation is the right path in your case. Residents of the greater Los Angeles area can call our office at 310-641-3335 for a no-obligation consult.