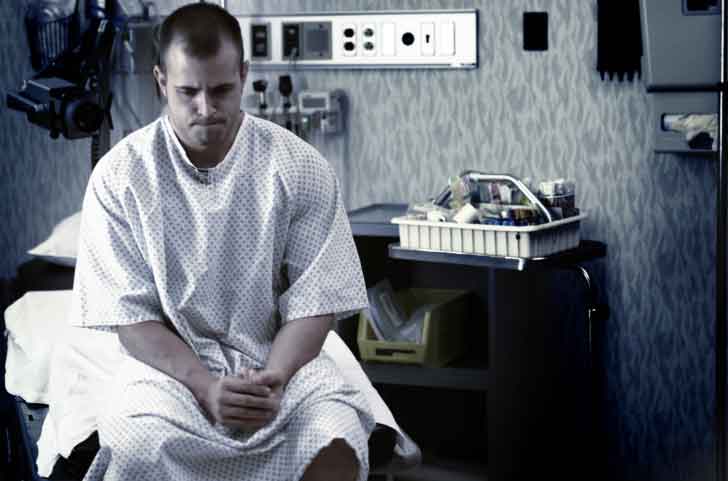 A whiplash accident occurs when one motor vehicle strikes another from behind, causing certain forces to be transmitted from the striking vehicle to the struck vehicle. These forces are then transmitted to the occupant(s) of the struck vehicle, where they have the potential to cause whiplash injury. If you have suffered from a whiplash injury it may be beneficial to speak with a Los Angeles car accident attorney at Ellis Law.

Research both in the Biomechanics Laboratory at Yale University in New Haven and in live crash tests using human volunteers has shed relatively new light on the contortions the cervical spine (neck) undergoes as a result of impact culminating in whiplash.1, 2

Shortly after impact (about 150 milliseconds), the cervical spine undergoes what is called an S-shaped curve. In this configuration, the cervical spine, rather than simply being curved to the front in a normal C-shape, as it would normally be at rest, takes on an altered shape:

There is an inherent stabilization response in the cervical spine that helps protect it from potential whiplash injury:

If this stabilization response is working efficiently following the whiplash accident, there is a greater likelihood of protection and less potential for whiplash injury.

But if the response is inefficient, an injury is more likely, with various types of whiplash pain possibly resulting and whiplash treatment potentially necessary.

There are several factors that affect the efficiency of the stabilization response to whiplash injury, including:

It should be known that some of these stabilization responses to whiplash are within the patient’s capacity to control while others are not.

The posture in which a person is sitting at the moment of impact helps determine the efficiency of the stabilization response that will affect the severity of the whiplash injury.

Perhaps the most important factor that affects the efficacy of the stabilization response in relation to whiplash injuries is awareness of the impending impact.

Scenario 1: Aware of impending impact. This person is able to automatically prepare the stabilization system to respond quickly and efficiently.

Scenario 2: Unaware of the impending impact. This person cannot prepare the stabilization system, thus slowing the response and decreasing its efficiency. This person is likely to sustain greater whiplash injury than is the person who is aware.

This may help explain the findings of some studies that have shown a passenger in a struck vehicle is likely to sustain greater whiplash injury than the driver.4, 5 The driver is more likely to see the vehicle coming in the rear view mirror.

Women in general are more frequently and more seriously injured by whiplash than men due to the differences in muscular bulk and the female’s smaller bony structures. These factors result in less protection of the cervical spine to the abnormal forces such as those that occur in a whiplash-type of injury.

Risk factors influencing prognosis of a whiplash injury include:

In reality, low impact collisions can produce correspondingly higher dynamic loading on the occupants because the lack of crushing metal to absorb the forces results in a greater force applied to items or occupants within the vehicle.

Whiplash is an injury to the cervical region of the spine when a great force causes the neck to go beyond its normal range of motion. The spinal vertebrae, ligaments, and muscles may be injured by this force, causing neck pain, headaches, neck stiffness, and/or cognitive difficulties such as dizziness or trouble concentrating. These symptoms may appear immediately or after a few days.

If you are a victim of a car accident in Los Angeles and have suffered a whiplash injury you may be entitled to compensation. Please call our offices at 310-641-3335 for more information.