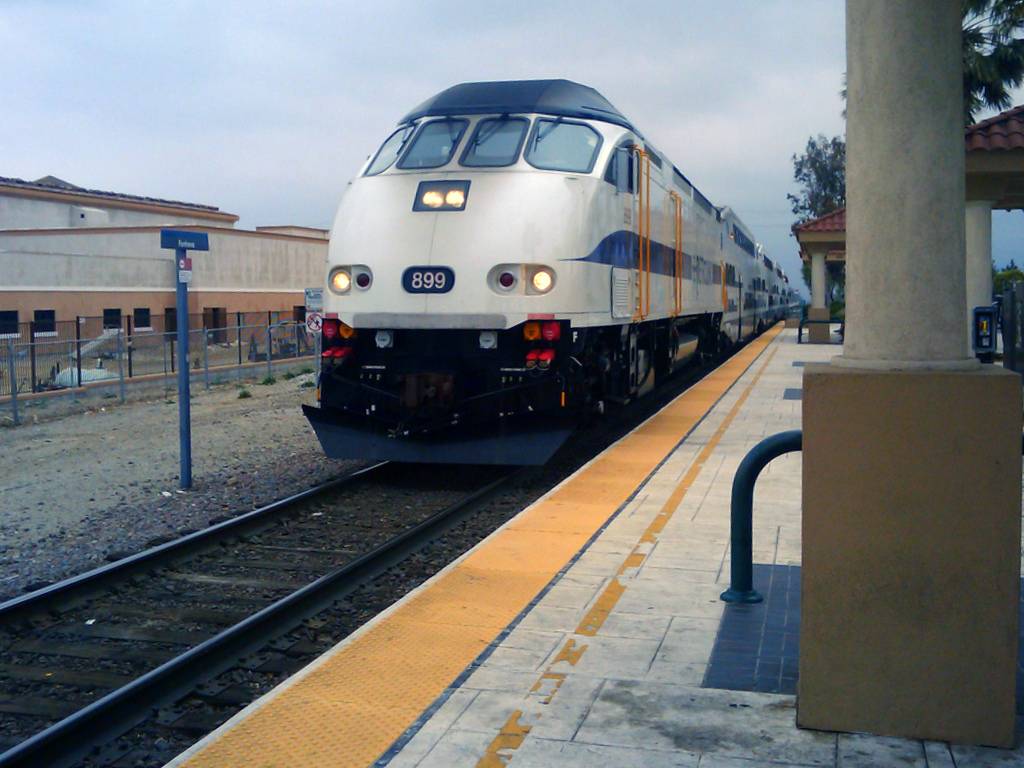 Thirty people were taken to area hospitals on February 24 after their commuter train struck a commercial truck. The abandoned vehicle quickly became engulfed in flames, while three of the train’s passenger cars derailed. The train derailment occurred in the town of Oxnard just before dawn on Tuesday. Terrified passengers were flung against the compartment walls and many suffered injuries.

“It seemed like an eternity while we were flying around the train. Everything was flying. A brush of death definitely came over me,” said passenger Joel Bingham. Although the lights in the train had gone out, Bingham managed to find a window through which to escape. Before he did so, he heroically helped others escape the derailed compartment as well.

In all, 28 people were taken to local hospitals and two arrived there of their own accord. Eight had to be hospitalized and four of them, including the train’s engineer, are listed in critical condition. Officials have said that some passengers have suffered broken bones and spinal injuries.

Who is liable for a railroad crossing accident?

In many cases, train accidents – and specifically railroad crossing accidents – require complex investigations to determine who or what is to blame. Liability may fall on a number of parties, including negligent train engineers, the railroad company, the designer and manufacturer of the train, the town or municipality responsible for maintaining the roads around the crossing, and more. Victims of railroad crossing accidents can turn to the Los Angeles train accident attorneys at Ellis Law for legal guidance. Our legal team not only has years of experience in personal injury law, we have substantial investigative resources at your disposal.

When you partner with our personal injury lawyers, you’ll gain a powerful ally in fighting for your just compensation.

Although the investigation is still in its infancy, it appears that the driver of the commercial pickup took a wrong turn on the tracks. He told police investigators that he attempted a right-hand turn at the intersection, but failed to negotiate the turn properly and got his truck stuck on the rails. He then abandoned the truck and fled the scene. Forty-five minutes after the train derailment, the driver, 54-year-old Jose Alejandro Sanchez-Ramirez of Arizona, was located 1.6 miles away from the site of the crash.

After a brief hospitalization, Sanchez-Ramirez was taken into police custody and was charged with felony hit-and-run. He has undergone chemical testing for alcohol and drugs; however, police officers have declined to share the results.

As the investigation continues, the National Transportation Safety Board (NTSB) investigators will review footage from the camera mounted on the front of the train. They will also evaluate information from the sensors located at the railroad crossing, as well as consider whether equipment malfunction may have played a role in the crash.

Each year, about 2,000 level railroad crossing accidents occur every year in the U.S., and this particular crossing at Oxnard has a rather eventful history. During the past seven years alone, there have been six accidents at the site. In 2014, two people lost their lives at the crossing when their car struck an Amtrak train and in 2010, a driver was injured after the car was accidentally turned onto the tracks.

Get the legal help you deserve

Deadlines apply when filing a personal injury lawsuit, so if you have been hurt in a train accident in the Los Angeles area, contact our railroad crossing accident attorneys today at 310-641-3335 for your free, no-obligation case review.