Accidents involving electricity are among the leading causes of construction site injuries. The majority of these electrocution fatalities are preventable by ensuring that job sites comply with OSHA regulations regarding electrical safety.
An electrocution accident lawyer at Ellis Law offers significant experience helping workers injured on the job get the compensation they deserve. A successful construction site electrocution lawsuit can help victims recover rightful damages for associated medical expenses, lost wages and loss of future earnings, while holding negligent parties accountable for their actions.

Electrocution is the fourth leading cause of occupational injury death in the United States. Faulty power lines, malfunctioning equipment and ungrounded wires kill an estimated 350 construction workers every year.
Be 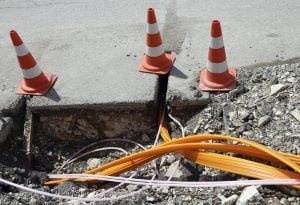 tween 2008 and 2010, electrocution deaths accounted for nearly 10 percent of all construction site fatalities, and research indicates that contact with “live” electrical machinery and wiring was the culprit behind more than 50 percent of these deaths. This implies that most electrocution deaths on the job were avoidable had circuits and equipment been properly locked out, or de-energized, before work was performed.
Construction sites are rife with electrocution hazards as workers are routinely exposed to high-voltage electrical sources and equipment. Lack of personal protective equipment and insulated tools are just some of the causes of electrical injuries that are often life-threatening in nature. Proper training, regular inspections and routine maintenance of construction sites are paramount when it comes to ensuring jobsite safety and preventing injuries in electrical and construction workers.

While electric shock and thermal burns can result from exposure to a wide range of currents, the risk of grave injury increases exponentially with higher voltages.

One of the most commonly cited OSHA violations on construction sites is improper grounding of electrical circuitry and equipment.
Major causes of electrocution deaths in construction and electrical workers include:

While some progress has been achieved in reducing the number of construction site electrocutions, additional efforts are necessary to prevent needless injury and death.

Unfortunately, some construction workers who suffer electrical burns or shock will never enjoy the same quality of life they had before. Workers may find it exceedingly difficult to earn an income and support their families. Nerve damage, vision and hearing loss, cardiovascular problems and brain injury are some of the long-term ramifications of a serious electrical injury.
A number of factors will determine the eventual severity of an electric injury, including:

Electrocution on a construction site often results in a claim for worker’s compensation to cover immediate hospital costs and time off of work. This type of accident may also entail further investigation into premises liability issues that may warrant legal action.
When employers fail to reduce the risk of electrocution hazards through proper training, maintenance, installation and inspections, workers who are injured on the job may be entitled to significant compensation.
After receiving medical treatment, the next course of action is speaking with a Los Angeles construction accident attorney at Ellis Law. Our team of veteran legal professionals will investigate the facts of your case and aggressively pursue maximum compensation to account for the physical, emotional and financial repercussions suffered. To discuss your case free of charge or obligation, please call our El Segundo office at 310-641-3335.