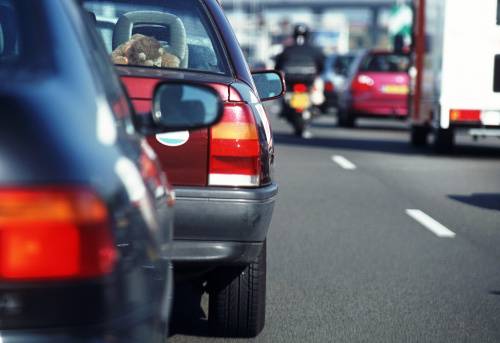 While litigation handled by a Los Angeles car accident lawyer typically involves disputes between motorists, insurance companies can also be involved in legal proceedings. A recent hearing and subsequent fine of one of those insurance companies has caught the attention of lawyers, motorists and other insurers due to its sheer magnitude.

The legal team at Ellis Law has taken note of a massive $27.6 million penalty the California Department of Insurance has fined Mercury Insurance for charging its customers the same amount in unapproved fees.

State regulators in California issued the fine after determining Mercury Insurance was in violation of state law when it assessed broker fees on customers, ranging from $100 to $150. While fees may be charged by independent brokers, employees of the insurance company are not allowed to do so under Proposition 103. Passed by voters in 1988, Proposition 103 prohibits insurance companies from charging rates that have not been approved by the state’s insurance commissioner.

“While the $27.5 million fine against Mercury is significant, it is commensurate with the amount that was unlawfully collected from Mercury policy holders,” David Jones, State Insurance Commissioner, told the Sacramento Bee.

Jones ordered the company to pay the fine after an administrative law judge recommended the penalty based on the allegations and facts of the case. The recommendation was made after a 15-day hearing, which included testimony and legal briefs. According to the Department of Insurance, it is the largest fine ever levied against an insurance company.

Officials for Mercury have disputed the fine and told the LA Times they were “disappointed” in the commissioner’s decision. The company plans to challenge the decision in court.

“We strongly believe that this decision is contrary to California’s rate laws, due process and basic notions of fairness,” the company stated.

Getting help from a Los Angeles car accident lawyer

While few legal proceedings match the magnitude of the recent Mercury Insurance decision, consumers face disputes with their insurance companies and other motorists regularly. These disputes can be very difficult to settle without the help of a seasoned legal team that understands the ins and outs of California law and can ensure your rights are protected throughout the process. Ellis Law can help you pursue any compensation you might be entitled to, including pain and suffering, medical bills and other economic losses through pursuing a car accident lawsuit in LA.

If you are involved in a motor vehicle accident or a dispute with your insurance company, it can be a frustrating process. You need compensation for your injuries and property damage, but it can seem like the legal process will never end so you can get the money you need to move on with your life. Contact the team at Ellis Law at 310-641-3335 for a free evaluation of your case and to discuss your legal options.