A Pitocin-induced birth injury can have a catastrophic impact on your family’s life, and is especially devastating in situations where negligence and delivery room mistakes are to blame. A Los Angeles birth injury attorney at Ellis Law have represented many California families who have suffered as a result of Pitocin use during labor. Since our inception over 25 years ago, our firm has procured millions of dollars for our clients by offering outstanding legal representation in the complex arena of birth injury malpractice litigation. 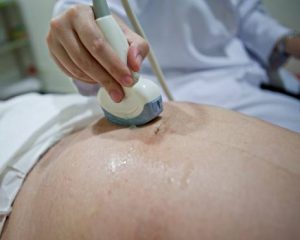 A synthetic version of the hormone oxytocin that is naturally released during labor, Pitocin is used to stimulate contractions in an effort to speed up or induce labor in post-term mothers (after 41 weeks). While Pitocin can be helpful and in some cases even a life-saving drug, many in the medical community have voiced their concerns about its rampant use in hospitals today, as studies reveal risks the drug poses to both mother and child.
How Pitocin works
Perhaps one of the greatest differences between synthetic oxytocin (Pitocin) and natural oxytocin produced by a woman in labor is the nature of its effects. For one, a woman’s natural oxytocin is released in tiny pulses, which typically causes steady contractions that are spaced apart. Pitocin is administered intravenously, yielding a continuous dose. As such, a woman’s Pitocin-induced contractions are usually stronger, longer in duration and closer together than normal.
Extremely forceful contractions that are close together can place significant stress on the fetus, since the baby has little time to recover from the diminished blood flow that each contraction causes. In turn, the baby may be deprived essential oxygen-rich blood, which can lead to fetal distress and an abnormal heart rate.
Risks of Pitocin-augmented labor
In 2002, Swedish researchers found that babies born with Pitocin labor augmentation were three times at greater risk of asphyxia — which can lead to permanent brain damage.
The risks of a Pitocin injury are evident for both mother and child, as even the product label cautions of the following side effects:

Potential Pitocin risks for the mother:

Pitocin-induced injury and other risks to the baby include:

As with any unexpected birth injury, parents may find themselves at a loss when doctors assert that they tried their best in the delivery room, but nothing could be done. Those who find themselves in this heart-wrenching predicament can rest assured that an experienced birth injury attorney at Ellis Law will help them get the real answers as to what caused their baby’s harm.
If negligence was the contributing factor in your baby’s Pitocin injury, we will pursue maximum compensation on your behalf, ensuring your child receives the best medical treatment possible, alleviating those stressful financial burdens.
Studies highlight concern for Pitocin-induced birth injury
Researchers at the Albert Einstein College of Medicine at Beth Israel Medical Center in New York have raised concerns about Pitocin and fetal risks after examining the records of 3,000 patients who had delivered at the hospital between 2009 and 2011.
“These results suggest that Pitocin use is associated with adverse effects on neonatal outcomes,” concluded Dr. Michael Tsimis – one of the lead study authors and resident gynecologist at Beth Israel. What researchers found among women who were given Pitocin to induce or augment labor was an increase in admissions to the neonatal intensive care unit (NICU) and infants born with Apgar scores of less than 7.
An earlier study published online in JAMA Pediatrics found that mothers who were given Pitocin to augment labor had a greater risk for having a child born with autism. Duke University researchers determined this Pitocin risk after analyzing the birth records of some 625,000 children born in North Carolina. Interestingly, the autism risk appeared to be higher in boys, with male infants 35 percent more likely to be diagnosed with the disorder.
According to data from the Centers for Disease Control and Prevention (CDC), in 2010 nearly a quarter of all U.S. pregnant women were induced with Pitocin, which illustrates the drug’s widespread use today. In light of the myriad adverse outcomes linked with Pitocin labor induction, some medical professionals wonder if the frequency of its use today in hospital settings is truly justified.
A fight for maximum compensation
As one of the most respected birth injury law firms in Los Angeles, Ellis Law will fight to secure full and fair compensation for your child’s Pitocin injury.
We put more than 25 years combined experience winning multi-million-dollar settlements and court awards to work for you. During your complimentary case review, our attorneys can determine if health care providers failed to meet the acceptable standard of care, and if so, we promise to pursue justice with unwavering diligence.

Legal compensation procured in a Pitocin birth injury lawsuit will account for:

Los Angeles birth injury lawyers
If Pitocin was administered during childbirth and you or your child suffered harm, you may have grounds for pursuing monetary damages. Depending on the circumstances of your case, a claim may be brought against your obstetrician, birthing team, hospital or even the drug manufacturer.
A compassionate personal injury lawyer specializing in birth injury law will outline your legal options during a no-charge consultation, which you can schedule by calling our Los Angeles offices anytime at 310-641-3335. Backed with decades of experience and a network of in-house medical consultants, we promise to fight for the compensation to which you are entitled.