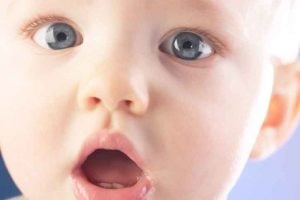 Your pregnancy was healthy and happy, a storybook time of preparing for the magical birth of your child. Then, when the much-awaited day comes, you see your worst nightmare become a frightening reality: your baby is not breathing on the delivery table. Worst yet, your baby’s condition, HIE (hypoxic ischemic encephalopathy) may have been preventable.
In these circumstances, a Los Angeles birth injury attorney at Ellis Injury Law can help get you the full compensation you deserve. Call us today for a free, confidential consultation about your case: 310-641-3335.
HIE complications
HIE, also known as perinatal asphyxia, is an injury to the brain caused by a lack of oxygen, and is the leading cause of death and/or brain damage in newborns. HIE accounts for thousands of deaths each year—23% of all neonatal fatalities worldwide—and there is reason to believe that negligent medical care may be to blame in a significant number of these cases.
HIE occurs most commonly in full-term infants, though it can occur in premature infants also. The timing and severity of asphyxia can be important variables in determining the seriousness of HIE complications, including which part of the brain will be most affected. If, for example, injury occurs before week 35 in fetal development, HIE will very likely produce something called “perventricular leukomalacia” or PVL.
PVL is what happens when some of the brain’s white matter coagulates or dies, and generally results in motor control or other developmental delays, often including cerebral palsy or epilepsy.

It is not unusual for a child who survives HIE to exhibit one or more of the following permanent conditions by age 3 or 4, if not earlier:

HIE’s spectrum of severity
HIE can belong to a spectrum of mild to severe manifestations.

Mild HIE exhibits the following features during the first days of life:

Moderately severe HIE can manifest itself as:

Severe HIE can be a different story, with the following as signs that long-term prognosis will be poor:

HIE causes
Certain conditions can raise the risks of HIE in newborns.

Risk factors for HIE include any one of the following:

When any one of the above conditions is present, attending medical practitioners are supposed to follow a prescribed protocol which includes, among other things, proper electronic monitoring of the baby, apprising all other staff of pre-existing medical conditions, and the presence of an obstetrician and anesthesiologist at the time of birth.
Failure to meet these standards may warrant a birth injury lawsuit.
Tools such as MRIs, diffusion-weighted imaging, and MR spectroscopy can reveal symptoms of HIE prior to birth and are available to medical personnel for the purpose of detecting potential birth complications. Unfortunately, if HIE is not suspected at the time of birth, its diagnosis may be delayed. The full extent of damage caused by HIE may not be known until a child is 3 or 4 years of age. Still, the sooner the detection, the more effective treatments can be.
How Ellis’ birth injury lawyers can help
For more than 20 years, Ellis’ team of successful birth injury lawyers has been helping Southern California families who have experienced the tragedy of HIE fight for the compensation they deserve. Our in-house medical consultants and investigators can help sift through the unique details of your case to determine the cause of your child’s birth injury.
Our lawyers have won over $100 million in compensation for children requiring life-long care. If you or your family has experienced HIE, you may be eligible for financial compensation for the costs both in needless pain and suffering and/or in care or damages that will accrue over your child’s lifetime.
A free consultation with Ellis Law can get you started on the road to healing and financial recovery. Call 310-641-3335 today.