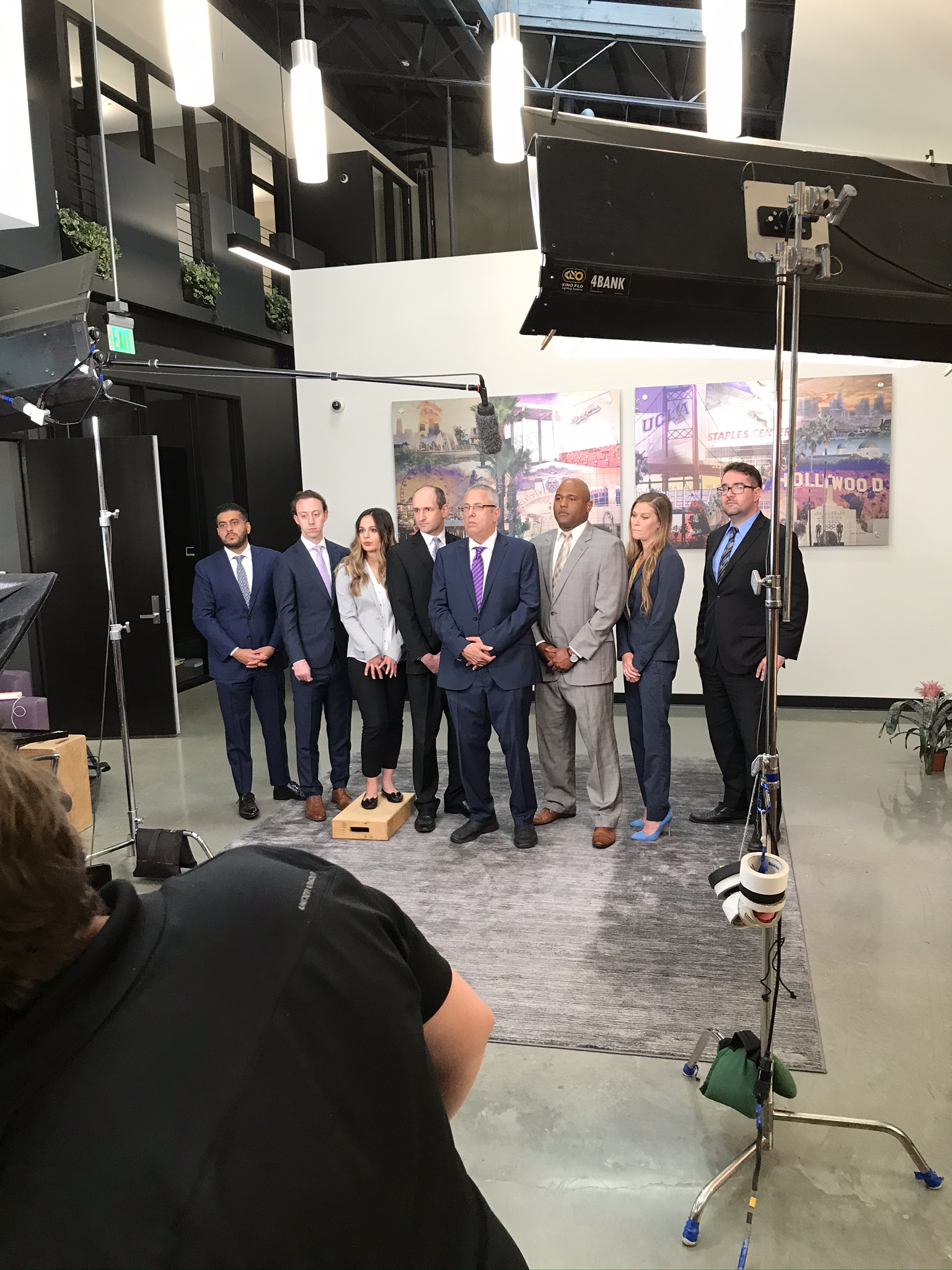 On May 29, 2020, Ellis Law went Hollywood. Andrew Ellis and his associate attorneys became actors-for-a-day in order to participate in the firm’s TV commercial filming.

The star protagonist of the day was none other than Mr. Ellis himself, who had no problem with the acting gig.  While Mr. Ellis is more experienced in shooting TV commercials, his staff wasn’t intimidated by the challenge.  Without a doubt they “showed up” that day.

The filming took place within the confines of the office, specifically in the main corridor between the firm’s two conference rooms.  The filming crew arrived at 8:00 in the morning to set up their lights, cameras, and microphones.

Additionally, they graciously and willingly complied with COVID-19 safety guidelines by wearing face masks and sanitizing their equipment.  Once 10:00am struck, the crew was ready to film.

The first phase of shooting the TV commercial involved make-up. Some of the actors were surprised because they forgot that make-up is a must in show biz, particularly in film and TV.  But their surprise should not be misinterpreted as being unnerved.  Once the make-up was applied and ready, the filming commenced.

The second act involved effectively reading the script from a teleprompter. The film crew was in awe from the fact that Mr. Ellis was an absolute natural in front of the cameras. They kept commenting amongst themselves at his level of comfort, his effectiveness, and his engagement with them. His team of attorneys had no problem taking some of that shine.  They all were able to perform under the so-called pressure and they breezed through the scenes individually.  Their performance was made even easier because the film crew was friendly and supportive.

The third and final act involved a group scene with all the actors.  Mr. Ellis was the only one to speak, but all of the actors showed off a strong attorney exterior.

The new TV commercials are scheduled to be ready in July and the actors – now back at their day jobs as attorneys – are excited to see themselves on the big screen of your television.