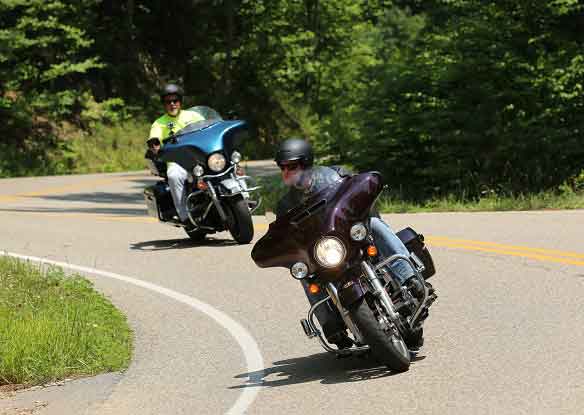 Los Angeles headlines are rife with traffic-related injuries, perhaps none more deadly than motorcycle accidents. Bodily injuries are often catastrophic in nature, leaving bikers with broken bones, spinal cord damage, deep lacerations and other debilitating trauma. Some victims are fortunate enough to survive a crash, while others may be permanently disabled, or bound to a wheelchair.

At Ellis Law, we understand the tremendous financial burdens placed on victims and their families while the recovery process takes its course. In the event that a serious personal injury or death was caused by a negligent driver, our Los Angeles motorcycle accident lawyers will pursue maximum compensation under the law, helping alleviate some strains in an already stressful time.

Just last month a 53-year-old motorcyclist lost his life after a collision near the Hollywood Bowl, according to LAPD. Police Sgt. Benjamin Zucker said the victim was pronounced dead at L.A. County-USC Medical Center, after efforts to save his life proved unsuccessful. The motorcycle accident happened around 6 p.m., when the biker hit a tour bus en route to freeway 101. Apparently, the victim was traveling with several other motorcyclists at high speeds at the time of the crash.

Besides physical evidence at the scene, investigators only have eyewitness reports, which indicate that the motorcyclists may have been racing. After the crash, the other bikers left the scene, leaving the victim behind. Officials are still looking into the cause of the deadly accident, which luckily did not injure any passengers on the tour bus.

A Torrance motorcycle crash claimed the life of a young off-duty police officer last weekend, adding to a rising toll of motor vehicle-related fatalities among the LAPD. Torrance Police Lt. Brian O’Steen reports that the collision took place at the intersection of 234th Street and Western Avenue, where the biker apparently T-boned the vehicle as it was attempting to turn westbound on Western Avenue.  The 24-year-old motorcyclist, whose name has been withheld until his family has been alerted, was pronounced dead at the scene.

There has been no indication of liability in the case thus far, or whether the victim’s family intends to pursue a wrongful death lawsuit on behalf of their loved one.

The use of helmets, proper gear and safe driving practices can help reduce chance of serious injury to some degree, but California’s motorcycle enthusiasts are still exposed to severe bodily harm in the event of a crash with a motor vehicle. Smaller than cars, motorcyclists are not nearly as visible, and are often struck by drivers who are making a left hand turn.

Other common causes for motorcycle accidents are unsafe lane changes and incidents where drivers fail to yield when entering oncoming traffic, such as pulling out of parking lots or driveways.

Bikers who’ve been injured on Los Angeles area roadways have many attorneys to choose from, but not all law firms offer the same caliber of legal representation. Over the past 25 years, Ellis Law has procured millions of dollars on behalf of our clients, a distinction evidenced by our multiple car accident settlements and verdicts.

There is no doubt that LA motorcyclists face greater risks than ever before, thanks to rampant cell phone usage, distracted driving and increasing motorists in an already congested city.  Our Los Angeles car accident lawyers make it their mission to help accident victims focus on what matters most: their health and recovery. Damages recouped in a personal injury lawsuit may include those for all past and future medical expenses, lost wages, emotional pain and suffering, special rehabilitation needs and other losses.