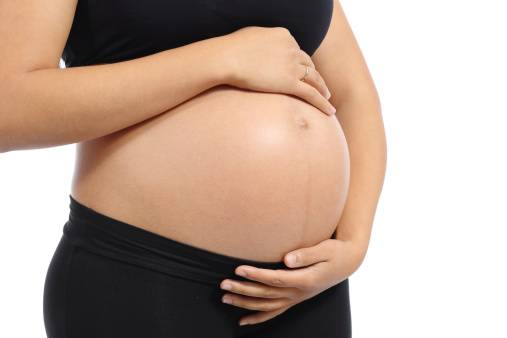 Mothers who took Zofran during pregnancy may be alarmed to know that recent studies have linked the morning sickness drug to an increased risk for birth defects such as heart defects and cleft lip & palate.

The drug injury attorneys at Ellis Law have fielded numerous calls from distraught mothers who now believe that their child’s birth defects may have been caused by taking a drug that they were told was perfectly safe. In many cases, the harm caused by egregious negligence on the part of the big drug companies can’t be reversed – but injured children and their families CAN fight back by holding these drug giants accountable for their misconduct so that the same tragic results don’t repeat themselves.

If you took Zofran and your child was born with birth defects, you may be legally entitled to compensation for everything from the lifetime cost of your child’s medical care to your own lost wages, and more. To learn more about the rights afforded to you under the law, we invite you to contact Ellis Injury Law today at 310-641-3335. We offer honest, in-depth consultations free of charge so that you can decide if filing a Zofran birth defect lawsuit is the best decision for you and your family.

Nausea and vomiting may impact as many as 70-85 percent of all pregnant women during the early weeks of pregnancy, according to the American Pregnancy Association. One percent may develop a severe form of morning sickness known as hyperemesis gravidarum that can require medical treatment.

Zofran is an anti-nausea drug approved by the FDA to treat patients after chemotherapy, radiation and surgery. The drug has also been prescribed off-label to women suffering from severe nausea and vomiting during pregnancy. However, few studies have been performed to determine whether Zofran is safe for the unborn child.

A report in the Toronto Star last year raised concern that use of Zofran during pregnancy could lead to serious birth defects and even infant death. The Toronto Star cited at least 20 Canadian women who had experienced side effects with the drug during their pregnancies. Reports to the FDA indicated two infant deaths and numerous cases of heart and kidney defects, according to the Star.

According to the article, the FDA also received reports of a number of low birth weights, with some babies born weighing as little as four-and-a-half pounds.

The FDA classifies the drug as a “Pregnancy Category B” medication, which means that while animal studies have not shown a risk for birth defects, human studies have not been sufficient to determine the safety of the drug. One study, published in the New England Journal of Medicine in February 2013, found no link between Zofran use and birth defects. That study looked at nearly 2,000 women from a Danish registry that took Zofran to treat nausea and vomiting during pregnancy between 2004 and 2011. However, average gestational age of exposure was 10 weeks, which may be past the risk of major birth defects.

Later that same year, another group of researchers studied the same registry, but included more pregnancies over a longer period of time. This team found that Zofran use doubled the risk of heart defects and led to a 30-percent increase in birth defect risk overall. Of the women that used Zofran in the early part of their pregnancy, 4.7 percent had babies diagnosed with birth defects, versus just 3.5 percent of women that did not take the drug.

Studies continue to explore the possible link between Zofran and birth defects such as:

Despite concerns, there has been no additional warning involving Zofran use and birth defects from manufacturer GlaxoSmithKline. This leaves pregnant women and their unborn children vulnerable to potential risks without providing them the information necessary to make educated choices about their health and the health of their babies.

Speak free of charge with a Zofran birth defects lawyer

While no amount of money can reverse the injuries suffered by your child, a settlement or jury award resulting from a Zofran lawsuit can help to pay for medical treatment and reimburse parents for lost wages as they take off work to care for their children. If you believe your child may have been injured from Zofran use during pregnancy, contact the product liability lawyers at Ellis Law at 310-641-3335 to discuss your case and review your legal options. All consultations are free of charge and we receive no fees from you unless we win your case.