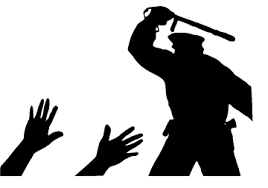 Since April, the untimely death of 25-year-old Baltimore resident Freddie Gray has been shrouded in mystery. Friends and family grappled with how the man went from being perfectly healthy, to dying from grave injuries a week after entering into police custody. No one knew exactly why he was being pursued by police, who seemed to lack probable cause for arrest.

Baltimore State’s Attorney Marilyn J. Mosby moved quickly to indict the six officers in charge of his care with reckless endangerment, second-degree murder and involuntary manslaughter. The Los Angeles police brutality lawyers from the Ellis Injury Law Firm specialize in similar cases, and we know how regrettably uncommon it is for such prompt and aggressive measures towards justice to be taken on behalf of law enforcement victims.

Last week, new details leaked from the autopsy report shed additional light on the case, although all officers are deemed innocent until proven guilty.

Since the death of Freddie Gray, there have been widespread protests and citywide rioting that required deployment of the National Guard and the institution of a curfew to restore order. Given public demand, it’s not so hard to imagine why the state’s attorney would feel pressured to bring charges.

The Baltimore Sun reports that “just five Baltimore City officers over the past three decades have faced criminal prosecution for on-duty actions that resulted in death.” Only one of the five officers was found guilty – and that verdict was overturned on appeal. Despite slim chances of getting a manslaughter or murder conviction, activists say the indictments are “a step toward justice.”

All six officers have plead “not guilty” prior to the scheduled September 2 hearing and October 13 trial. Last week, the facts of Gray’s arrest and autopsy findings were leaked to the public. The state medical examiner found that Gray suffered a single “high-energy injury” to his neck and spinal cord, similar to what is seen in shallow-water diving accidents. The trauma that eventually killed Freddie Gray was likely caused by an unsupported fall while being transported in the police van, examiners concluded.

Initial bystander reports suggested that Gray had a “broken leg,” suffered an asthma attack and was choked out by police during the arrest. There was no evidence of a broken leg or choking injury in the autopsy, but there is video footage of Gray requesting an inhaler and being denied medical attention during his journey to the precinct. Though he was found unresponsive to basic commands and slumped over at one of the stops, no calls for medical attention were made.

Medical examiners also note that Gray was improperly loaded into the van – placed on a metal bench, without being belted in – a violation of police protocol, which may have been a major contributing factor to his injuries.

Need to file a police brutality or LAPD misconduct lawsuit?

The Los Angeles police brutality lawyers at the Ellis Injury Law Firm don’t have access to all the details of the case, but at face value, it sounds like a case of gross negligence that has led to a man’s unnecessary death.

“It isn’t yet clear if the man was brutalized in police custody,” says police misconduct expert attorney Andrew Ellis. “Yet, the improper restraint and negligence in seeking medical attention when they saw the man was clearly injured suggests some liability on their part. How a judge and jury will react to the evidence presented is yet to be seen, but we’d like to see justice served in this case.”

The Ellis Injury Law Firm recently presided over a high-profile LAPD misconduct lawsuit that resulted in a $1.2 million wrongful death settlement to the plaintiff’s family. Criminal charges are being pursued against the LA County Sheriff’s deputy who fatally shot a Watts resident, planted guns at the scene and falsified police reports to deny culpability.

Due to the difficulty of prosecuting law enforcement for wrongdoing, it’s recommended that victims of police brutality seek highly specialized legal counsel who have successfully won cases like theirs in the past. Call 310-641-3335 to request a free consultation with an experienced personal injury attorney in Los Angeles. All legal counsel is free of charge unless we take your case — AND WIN!