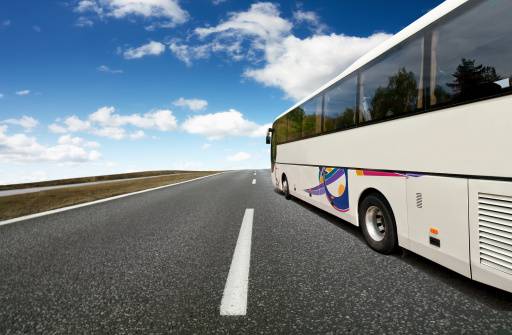 Interstate 405 was closed for several hours on Sunday, October 14, when a bus and at least two cars were involved in a crash that left twenty-five injured. Five of those were hospitalized with serious injuries. The crash occurred around 1 p.m. and led to the closing of all lanes.

The crash happened in the San Fernando Valley area. Details of the accident are limited as officials continue to investigate the cause. However, according to California Highway Patrol, a white “Transit Systems” charter bus was leaving a church function with a caravan of charter buses. The bus was traveling in the northbound lanes in the North Hills neighborhood when it collided with several vehicles and then went sideways through the divider and into the southbound lanes struck one or more vehicles. Northbound lanes were re-opened at about 2:30 p.m. while southbound lanes remained closed for several more hours.

According to the Los Angeles Fire Department, forty individuals were evaluated at the scene. Of those, twenty were transported to the hospital. Many of those had minor injuries but five people – three women ages 49, 60, and 88, and two men ages 30 and 69 – were transported in serious condition.

Who is at fault for LA bus crash?

A cause of the crash has not been released and there is no basis for speculation. Bus crashes unfortunately do happen from time to time and the reasons vary greatly. Once the reason is uncovered, it can lead to legal fault for a negligent party.

Some of the potential reasons for bus crashes include:

Accident investigations may include taking witness statements, collecting physical evidence from the vehicles involved, reviewing any camera footage from nearby traffic cams or business surveillance cameras, and utilizing experts to make calculations that shed light on what happened.

If the reason for the crash was caused by a person or business that breached some duty, for example by violating traffic laws, driving negligently, or failing to perform required maintenance on a vehicle, that party may be liable for the damage caused by the crash.

Recourse after a California bus accident

Those injured in a commercial bus crash may face medical bills, physical impairment, pain and suffering, lost wages, and other losses. As a fault-based state, California recognizes the right of injured persons to recover from those who are deemed legally responsible for the crash. While this is good news, it is not necessarily easy; it may require dealing with other parties’ insurance companies or filing suit against another motorist or against the owner of the bus.

At Ellis Injury Law, we understand that the process can be overwhelming and we are here to help. We are dedicated to helping injury victims receive full compensation from those who caused their injuries. Call today for a free, confidential consultation.