Johnny Manziel in a Hit-and-Run Accident on Sunset Boulevard

Johnny Manziel in a Hit-and-Run Accident on Sunset Boulevard 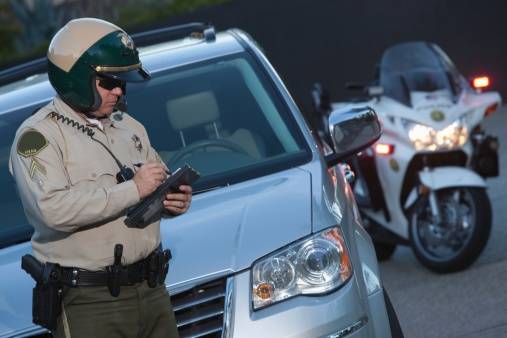 USA Today reports that Johnny Manziel, a former quarterback for the Cleveland Browns, was a passenger in a hit-and-run accident last Sunday night. Manziel was reportedly in a vehicle driven by his pal Ryan Silverstein, when the crash occurred on Sunset Boulevard just before 11 pm.

Los Angeles police told USA TODAY Sports that the single vehicle crash resulted in no injuries. LAPD spokesperson Liliana Preciado reported that Silverstein was driving the vehicle in Hollywood, when he struck a light pole. Silverstein, also known as “OVO Ryan” of Drake’s OVO crew, fled the scene of the crash along with Manziel.

The pair eventually returned to the accident scene on Sunset Boulevard a short time later, at which time bystanders who witnessed the crash confirmed Silverstein was the driver.

Presently, authorities have not released any more information about the hit-and-run, or whether charges are likely to be filed. However, police interviewed Manziel after the incident, and there is a possibility that Silverstein may face a misdemeanor charge for his part in the accident. Investigations are still underway.

Under California law, the driver of any vehicle involved in an accident resulting only in property damage must immediately stop the vehicle at the nearest location that will not hinder traffic or otherwise jeopardize the safety of other motorists. A failure to comply may result in a misdemeanor hit and run charge, and if the person is convicted, they can face jail time of up to six months along with penalties not exceeding $1,000. Even if there was zero damage to the vehicle but a fence post or other object was broken in the crash, drivers can still be charged with a misdemeanor hit and run.

However, a hit and run accident that results in injury or the death of another individual is considered a felony under Vehicle Code Section 20001.

All motorists in California are obligated to comply with basic duties following any type of car accident:

Negligent drivers whose actions result in property damage or serious injury are vulnerable to civil litigation as well. By filing a car accident lawsuit, victims can seek fair compensation for economic losses stemming from:

Based in Los Angeles for nearly 30 years, Ellis Injury Law boasts a high level of experience handling hit and run cases and all types of car accident claims. In the aftermath of any type of traffic accident, it’s wise to have powerful representation from Los Angeles car accident lawyers with a long track record of success.

Call our offices today at 310-300-7777 to arrange a free case review with an expert personal injury lawyer, with no obligation to proceed.