Is Your Sunroof Putting You in Danger?

Is Your Sunroof Putting You in Danger? 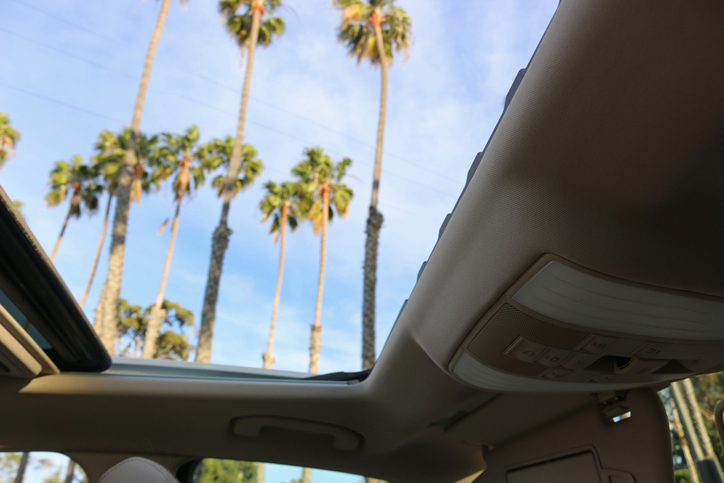 Roughly 40 percent of all 2017 model year trucks and passenger vehicles sold in the U.S. came equipped with a sunroof – an optional feature that has been gaining popularity in recent years.

While sunroofs have tons of merits (fresh air and sunshine, for one), are these sought-after options putting drivers at risk?

Recent reports of sunroof glass exploding have rolled in with increasing frequency. One man was driving his 2013 Hyundai Tucson when the sunroof spontaneously shattered, raining glass over his head and body. According to a report by the Global News, there are certain models that have been more prone to this structural defect in sunroof glass. Among the top offenders were:

Preliminary research points to contaminants in the glass that undermines the stability, especially during high temperatures.

A 2017 investigation by Consumer Reports discovered that sunroof exploding accidents are not that rare. According to their database, some 900 shattering incidents spanning 35 vehicle brands have been reported. Nearly three-quarters of the incidents have happened in the past six years – a period when larger panoramic sunroofs became more common.

Some automakers like General Motors have initiated their own internal review of the risks posed by panoramic sunroofs, even though their shattering rate was much lower than Kia and Hyundai models.

Whether open or closed during a crash, sunroofs can still be hazardous. The National Highway Traffic Safety Administration reports that from 1997 -2008, 1,400 were injured and 300 more killed when they were ejected from their sunroofs. Between 2002- 2012, 500 people were hurt and 230 died when they were thrown through sunroofs that were closed at the time of impact.

Despite evidence that sunroof designs may be inherently dangerous, legislators have not come to consensus on design and safety standards for automakers. Last year, NHTSA made strides in creating a viable performance gauge to monitor the strength of laminated glass used in sunroofs. In the event that federal regulators do impose standards on sunroof design and manufacture, laminated glass (the same type used in windshields) will likely be top on the list.

Sunroof ejection crash reports shed light on the horrific nature of the injuries. 18-year old Liza Hankins – a Mississippi resident — was left permanently paralyzed when she was thrown out of her Ford’s sunroof during an accident. Others have suffered disfiguring scars, broken bones and internal injuries.

Both the NHTSA and automakers have more than sufficient evidence of the dangers posed by defective sunroofs and those that are poorly designed. In order to recover monetary damages from a vehicle manufacturer in the wake of a sunroof-related injury, victims would need to assert claims of defective design or manufacture.

Establishing liability for your injuries and whether they were preventable are key to a successful lawsuit. Call Ellis Injury Law to schedule a free consultation with a Los Angeles car accident attorney to explore your rights.