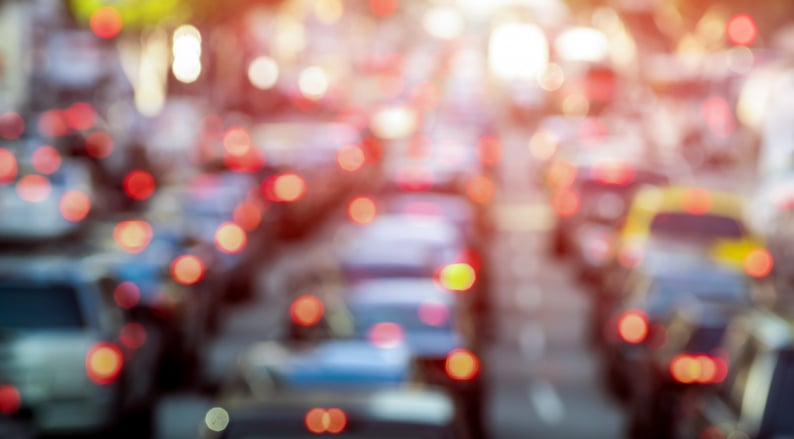 Southern Californians may soon notice art installations at selected intersections around Los Angeles. They show a person’s portrait, surrounded by a rainbow-like disc and a plaque. The installations, dubbed “Rainbow Halos,” commemorate people killed in traffic accidents around the city, at the spot where they were killed. They include pedestrians, cyclists, and vehicle occupants.

Rainbow Halos Are Part of Traffic Safety Plan for City

The first Rainbow Halo was installed in Sherman Oaks over Labor Day weekend. It is the first of a planned 100 throughout the city. Although they are appreciated by friends and family of the victims – one mother told the Los Angeles Times that the rainbow reminded her of the “fragility of every moment” – commemoration is not the only goal. They are intended to make the necessity of traffic safety visible to everyone who sees them.

Rainbow Halos are part of a traffic safety initiative spearheaded by Los Angeles Mayor Eric Garcetti. The initiative, Vision Zero, is intended to eliminate all deaths caused by traffic accidents on the streets of the city by 2025. Vision Zero includes installing traffic safety features throughout Los Angeles as well as raising awareness in the way that Rainbow Halos do.

Similar plans have proved very effective in New York City, where traffic deaths have hit a 100-year low, and in Europe. Sweden’s plan, which has been in effect for 20 years, is the model for both New York City and Los Angeles. The theory is simple: traffic deaths are entirely preventable, either through safety features, road design, or public awareness. Human error will not go away, but urban planning can minimize the effects to the zero point.

In Los Angeles, though, Vision Zero has so far not been a success. It has been in effect for over three years, and in that time, traffic accident deaths have actually risen by nearly one-third. The number of people killed in traffic accidents during the period was 932, more than died by gunshot wounds.

Why has Vision Zero not been a success in the city? Los Angeles has 7,500 miles of streets, and cars dominate city life here more than they do in other urban environments. Both distracted driving and exceeding the speed limit are common.

Despite the rise in deaths since the project began, signs of success have started to appear in the past two years. Four fewer people died in traffic accidents during 2017 than in 2016. City officials believe the numbers will continue to fall as more Vision Zero-related projects are implemented.

How a Los Angeles Law Firm Can Help

The achievement of zero traffic-related deaths would be a great accomplishment for our city. Even one traffic death is too many.

Unfortunately, all too many traffic deaths and injuries are caused by reckless or unsafe behavior. Drivers who break traffic laws or otherwise engage in reckless disregard for the safety of their passengers or others on the road may be held liable if their misconduct results in a collision.

If you or a loved one has been injured or killed in a car accident in southern California, we’re here to help. The experienced car accident attorneys at the Ellis Law Firm will review your case for free and advise you as to your legal rights for compensation. You can rely on our track record, as we win 99% of the cases we take on and have recovered over $350 million in damages for our personal injury clients. Please call today for a free initial consultation.