How Is Fault Determined in a Car Accident?

How Is Fault Determined in a Car Accident? 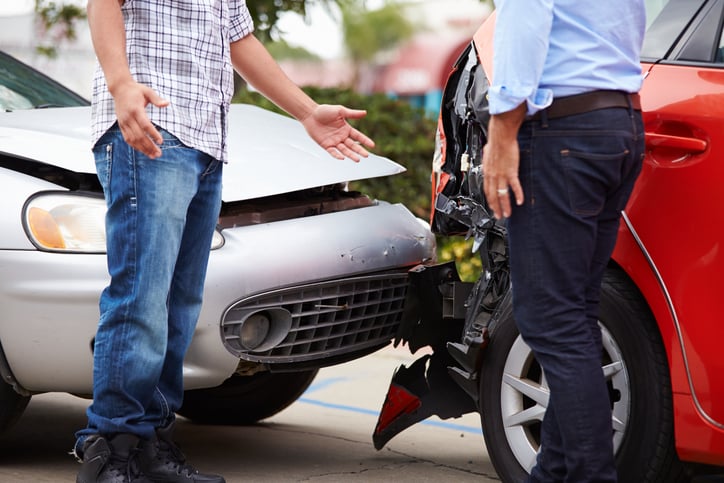 Why Fault Matters in a Car Accident

A negligent driver can be sued under California law by an injured party. While some states are “no fault,” in which car repairs and medical treatment are always handled by individual insurance companies, California is not one of them.

Being at fault can also affect your insurance rates and points on your driver’s license in California.

Accidents can be caused by a direct action, such as failure to stop at a stop sign. This is always against the law.

Failure to obey proper driving procedures means that an accident could have been avoided had proper procedures been followed. Suppose a driver behind you, for example, is traveling too fast to stop if you make a sudden stop. The driver may try to argue that you stopped too suddenly, but in fact all drivers are expected to leave appropriate space between them and the car in front of them. Defensive driving practices could potentially have prevented such an accident.

How Is Auto Accident Fault Determined?

Many factors have to be considered to determine fault in a car crash. Laws, speed, condition of the car and driver, and weather are just some common factors in accidents.

If a police officer comes to the scene after an accident in the Los Angeles area, they will file a police report. This will have a detailed description of the accident scene from the drivers involved, the physical evidence, and the officer’s observations. It may have a sketch.

This can help to determine fault. If a driver turned left at an intersection without signaling, for example, it will be that driver’s fault if you hit him going straight.

Statements of witnesses can also be used to determine fault. If there are witnesses that saw the failure to deploy a turn signal, for example, such as the driver behind that car, their testimony can be used.

If the police do not take witness statements, you may ask the witnesses if they are willing to make statements, and take notes.

Forensic evidence is also used to assess degree of fault. The degree of a car’s trajectory may indicate excessive speed or another issue in the driving.

Images such as pictures and videos are also used. Skid marks, for example, may indicate that a driver was going too fast or stopped very quickly – perhaps not in time. It is always a good idea to take multiple pictures after the scene of an accident, from various perspectives and from nearby and far away.

It is also possible to call investigators to the scene to carefully review evidence.

Involved in a car crash? Learn your legal rights

Ellis Injury Law Firm attorneys have 20 years of experience litigating and investigating car accidents in the Los Angeles area. Accidents can be complex, and determining fault and degree of fault requires experience and knowhow.

We fight for your rights. Please call today for a complimentary appointment to receive advice about car accidents, negligence, and California law. An experienced Los Angeles car crash lawyer at our award-winning firm can be reached at 310-641-3335.

Further reading on how liability in car crashes is determined in California: