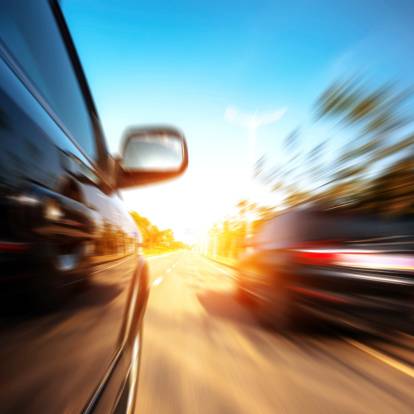 Consumer Reports has called for Toyota to issue a formal recall on some models of their Camry hybrid after the company has taken less than comprehensive measures to address the car’s brake problems. Auto defect lawyers at Ellis Law join the consumer watchdog publication in their concerns that Toyota has not gone far enough in responding to serious safety issues with their autos. We are offering a free legal consultation to any driver who has suffered injury or loss due to a brake defect in Toyota Camry hybrid models from 2007 to 2011 and may be considering a Toyota brake defect lawsuit.

Toyota concedes that there are two crucial problems with the braking systems of its Toyota Camry hybrids. The first problem is with brake-fluid reservoir filters that can become clogged. The second problem involves two other related parts, the ABS (anti-lock braking system) brake actuator and the brake-pedal stroke sensor. In both cases, flaws in the parts can prevent the car from stopping properly unless especially forceful pressure is applied to the brake pedal.

In the first case, Toyota will remedy the problem through a “service campaign”: Camry hybrid owners can have a redesigned brake-fluid reservoir installed before June 30, 2017. In the second case, Toyota will address the actuator and brake-pedal stroke sensor issues with a “warranty extension” that will now cover the parts up to 10 years or 150,000 miles. While the company will pay for the redesigned brake-fluid component, or reimburse customers who have already installed the new part on their own, regardless of whether they have experienced a problem with the part, Toyota will only cover the cost of a new brake actuator or brake-pedal stroke sensor if there has been a problem.

A recent article in Consumer Reports points out, however, that the brake problems pose potentially significant safety issues and that such issues are appropriately and safely dealt with through a general recall. Whereas current Toyota remedies may fail to reach all customers and, in the case of the second defect, only address them after a problem has occurred, a recall will be more widely published and available to all involved before an accident occurs.

Toyota’s recent actions are a response to a probe by the National Highway Traffic Safety Administration into reports that they received of braking problems including, initially, 59 complaints. At this point, there have been 269 complaints for only hybrids from 2007 and 2008, including 14 car accidents and 5 injuries related to the brake defects.

If all vehicles from 2007 to 2011 are considered, this would encompass approximately 177,500 vehicles with potentially unsafe braking systems.

Toyota’s failure to recall the cars is insufficient and potentially dangerous. If you have been involved in an accident that stemmed from one of the brake defects, you may wish to consider filing an auto defect lawsuit against the company for their negligent response to a serious problem.

At Ellis Law our auto defect attorneys will be offering free consultations to those who have been injured in accidents related to the Toyota Camry hybrid brake problems. Please call our offices at 310-641-3335 to set up a no-cost, no-obligation appointment with one of our Los Angeles personal injury attorneys to learn whether you may be eligible for a lawsuit.