Driver in Venice Beach Boardwalk Rampage Gets 42 Years to Life

Driver in Venice Beach Boardwalk Rampage Gets 42 Years to Life 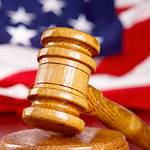 A Colorado man has received his sentence after being found guilty of driving his car onto the Venice Beach Boardwalk, killing a young woman on her honeymoon and injuring 17 others.

The driver was allegedly angry with a drug dealer who had stiffed his friend and was seeking revenge when he began mowing down innocent pedestrians on the crowded boardwalk.

Nathan Louis Campbell was given 42 years to life in prison after he was convicted of second-degree murder, 17 counts of assault with a deadly weapon and 10 counts of leaving the scene of an accident. A request by the defendant for new trial was rejected by the judge overseeing the case this past August. Los Angeles Superior Court Judge Kathryn Solorzano also rejected Campbell’s claim the incident was an accident at the time she handed down the prison sentence.

The incident, which occurred August 3, 2013, took the life of newlywed Alica Gruppioni of Italy. Gruppioni was on her honeymoon with her husband, Christian Casadei, when the rampage occurred. Gruppioni was struck and carried 300 feet on the hood of the car, before rolling off and hitting the pavement. She died of massive head injuries.

Campbell also injured 17 others, some of whom are still dealing with the aftermath of their physical and psychological injuries. One of the victims, Nancy Martinez, walked into the sentencing hearing using a cane, according to a report at the Venice-Mar Vista Patch. Martinez told the court her “life changed completely on that date of the accident” because of Campbell. She also stated, “It’s been two years now, but I’m still in pain with the trauma and fear of going out.”

Campbell wrote a note to the court prior to the sentencing that stated he was “responsible for a terrible incident that has caused lasting physical pain and mental anguish for several people.” However, Campbell insists the incident was an unintentional accident, caused by a combined set of circumstances, “my own bad judgment, confusion, panic and fear.” Campbell also stated in his handwritten note that he wishes the “horrible things that happened on August 3, 2013 had not,” every minute of every day.

The judge did not agree with Campbell’s assessment of the incident. During the sentencing, Judge Solorzano told the defendant, “This whole scenario from my perspective was not an accident. Everything you did on that date was criminal behavior. Crimes took place on the boardwalk.” Judge Solorzano also told Campbell, “All you had to do was stop, because there was nothing wrong with the brakes.”

The judge also told the court during the sentencing that the entire incident cast a black shadow on what has traditionally been a favorite spot for tourists and residents of the area alike. The Venice Beach Boardwalk has long been considered a popular tourist destination, with an eclectic mix of street performers and vendors flocking the area to show off their talents and their wares. The judge asserted that this incident affected how many see the popular boardwalk, as many of those that were present the day of the crash told the court they still don’t understand why Campbell made the choices he did that day.

The Los Angeles personal injury attorneys at Ellis Law are dedicated to providing skilled legal advocacy to those who have been victimized by the negligence and reckless behavior of others. Our legal team leverages more than 20 years of hard-earned litigation experience. Contact us today at 310-641-3335 to schedule a free case evaluation.