Don’t Drive Sleep-Deprived: How to Stay Alert Behind the Wheel

Don’t Drive Sleep-Deprived: How to Stay Alert Behind the Wheel 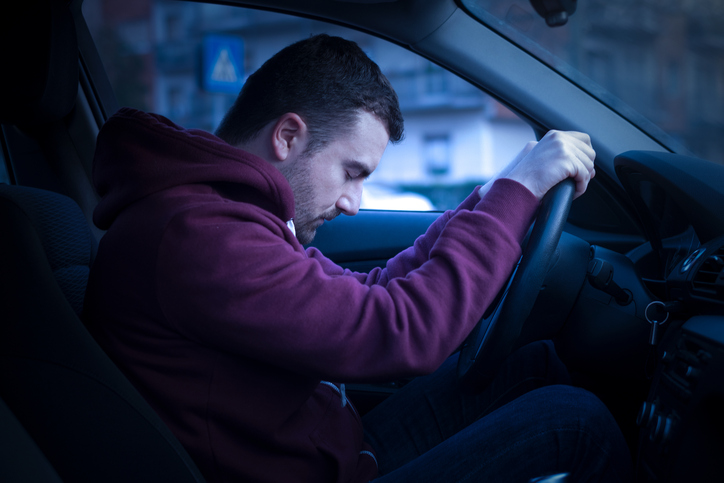 The average American sleeps 6.8 hours per night, and 40% of Americans get fewer than six hours of sleep each night. That’s according to Forbes, which points out that America wasn’t always so sleep deprived. In 1910, nine hours a night was the average sleep time for Americans. But with long work schedules, 24/7 connectivity, and stress galore, America has become a nation of sleep-deprived folks. That’s bad news for anyone who drives or rides on the roadways.

Sleep deprivation behind the wheel

It’s been estimated that up to 6,000 fatal car accidents each year are caused by drowsy drivers. It’s important to note that a drowsy driver doesn’t have to fall asleep behind the wheel to cause an accident. Drowsiness decreases reaction time and alertness, and impairs judgment—all of which are major contributors to crashes. A car crash can happen in a matter of mere seconds. Even a momentary lapse in alertness can be catastrophic.

If that doesn’t convince you to get a full night’s sleep, consider the latest study in the medical journal SLEEP. It presents research that indicates people who sleep for fewer than seven hours a night have an increased risk of causing an accident. Drivers who sleep for six, five, or four hours have a 1.3, 1.9, or 2.9 times the risk of being responsible for a crash, respectively.

The researchers also found that drivers who slept for fewer than four hours had a higher risk of getting into a single-car crash. While single-car crashes don’t harm other drivers on the road, these are the most likely type to result in debilitating injuries and death.

The best way to stay alert behind the wheel

The absolute best way to stay alert behind the wheel is to get at least seven hours of sleep every single night (but preferably eight or nine hours). There is no substitute for quality, uninterrupted sleep. If you find yourself getting drowsy, it’s time to pull over. Other helpful strategies are as follows:

If you find your eyelids getting heavy, no amount of laughter, cold water, or chewing gum will help. Pull over—you just might save a life.

No matter how careful you are behind the wheel, you can’t control the behaviors of other drivers. And if you’ve been struck by a drowsy driver, you need legal guidance you can rely on. Turn to the Los Angeles car crash lawyers at Ellis Injury Law. During our years of serving the southern California region, we’ve recovered over $350 million in settlements for our clients. Our attorneys and support staff are committed to protecting your legal rights in and out of the courtroom. Call us today to request a free consultation.