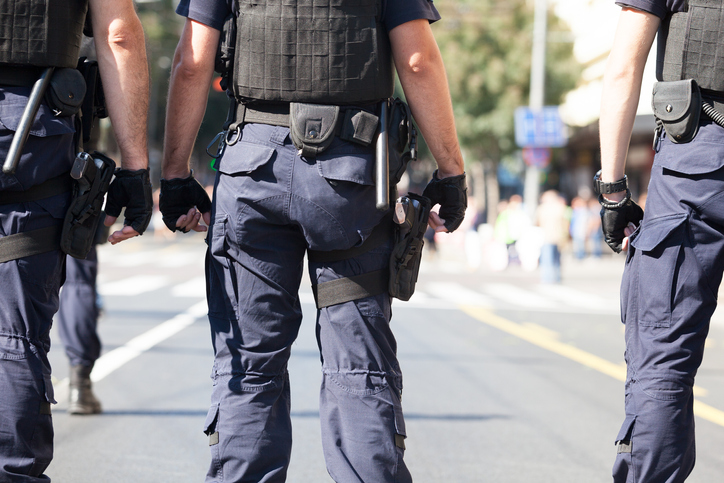 We have all been witness to an overwhelming amount of police violence against peaceful protestors these past weeks here in Los Angeles and across the country.  Thanks to smartphone cameras, social media, and extensive news coverage, there has been a steady flow of footage clearly showing troubling LAPD behavior.

For example, one video taken on a Hollywood street depicts about eight LAPD officers surrounding a woman lying on the pavement, apparently firing a stun gun at her prone body. The audio of the video is equally upsetting with the screams and pleads of nearby people begging the officers to stop and the Taser’s buzzing.

The violence is nothing new

These videos are just a few examples of police violence against peaceful protestors. In fact, the Los Angeles Times reported that they reviewed more than twelve other videos. The LA Times also shared the videos with police officials, hoping to give them a chance to respond.

A police spokesman by the name of Josh Rubenstein defended the actions of police, saying the officers had had bottles and rocks thrown at them. However, Rubenstein did not offer any explanations for the escalation and unnecessary force depicted in the videos.

Sadly, this kind of behavior is nothing new, especially in Los Angeles. Rodney King was beaten by police 29 years ago, leading to riots across LA.

The Rodney King protests did lead to some police reform, including new rules on using flashlights as weapons and chokeholds. There has also been more recent police reform, such as de-escalation training meant to teach officers to use other means as opposed to force and violence when getting into disputes with civilians.

There is still much work to be done

The protests of the past weeks have proven that, despite the efforts that have gone into reforming the LAPD, the work is far from over.

Two City Council members and the Police Commission have spoken out in favor of police reform in response to the violence used against protestors. Local business owners have also condemned the LAPD’s recent tactics, saying that the officers have been arresting more peaceful protestors than dangerous looters that have been wreaking havoc across the city.

Even former President Barack Obama has spoken out in favor of police reform.

What can you do?

Rubenstein, the police spokesman, said that if people witness police violence or other misconduct they can file official complaints with the LAPD’s Professional Standards Bureau by calling (800) 339-6868), via email at oigcompl@lapd.online, or with the Inspector General at (213) 893-6400 or (213) 893-6464.

Anyone who has been the victim of police aggression and brutality while protesting in LA or surrounding areas should contact Ellis Injury Law.

Our LA police brutality lawyers have the experience and tenacity needed to help make sure justice is served and that you get the compensation you deserve. We offer free initial consultations and do not charge a fee unless we win your case. Call Ellis Injury Law when you need an attorney you can count on.