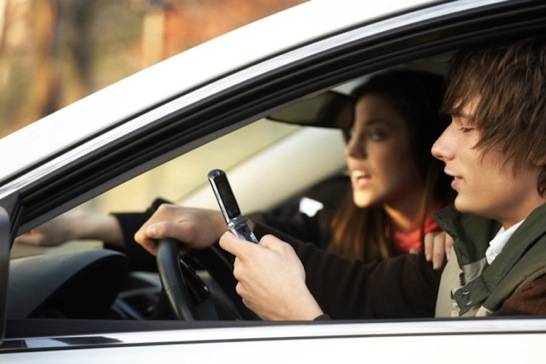 A research team from the University of Houston (UH) and the Texas A&M Transportation Institute (TTI) determined that motorists have a “sixth sense” that counterbalances certain distractions when behind the wheel. Lead researchers Ioannis Pavlidis and Robert Wunderlich focused on three types of common distractions including texting, driving while absent minded, and driving while emotionally charged. Their results appeared in the May 12 open access edition of Scientific Reports, issued by the Nature Publishing Group.

While the imminent dangers of texting and driving have been highlighted by federal and state regulators, considerably less attention has been focused on the effects of driving while upset or while preoccupied with other thoughts, which likely occur just as often as cell phone use when behind the wheel.

The participants’ ability to drive normally was impacted during each intervention, with “jittery handling of the wheel” observed. Not surprisingly, texting distractions yielded the worst results with respect to unsafe driving and lane deviations, while the other two driving tests showed significantly straighter trajectories, and fewer incidences of swerving.

Ioannis Pavlidis theorizes this paradox may be due to a neurological function within our anterior cingulate cortex, (or ACC). “ACC is known to automatically intervene as an error corrector when there is conflict. In this case, the conflict comes from the cognitive, emotional and sensorimotor, or texting, stressors…the driver’s mind can wander and his or her feelings may boil, but a sixth sense keeps a person safe at least in terms of veering off course,” explained Pavlidis.

Texting completely undermines this sixth sense, adds Pavlidis, who explains that this ACC fail-safe only works when drivers aren’t totally overwhelmed by multiple tasks. The researchers intend to follow up with further investigations into a system that could track “outward” driving behaviors, such as lane deviation or jittery steering, and monitor what is causing them.

Dubbed the ‘stressalyzer,’ the proposed system would work like a black box that could be reviewed in the wake of a car accident. Pavlidis said the mechanism could also prevent crashes by alerting motorists when it sensed a high level of distractions.

Victims of distracted drivers have rights

While the development of a car system that detects driver distraction and prevents accidents is an exciting prospect, this technology is, in all likelihood, many years away. Those who have already been injured by negligent drivers who were texting or otherwise distracted need immediate legal assistance and the Los Angeles car accident lawyers at Ellis Law are here to help.

California laws afford legal remedies and the right to pursue just compensation for medical expenses, property damage, and the pain and suffering incurred by victims of negligent drivers. To learn more about your rights to filing a personal injury claim, please call our office for a free consultation: 310-641-3335.