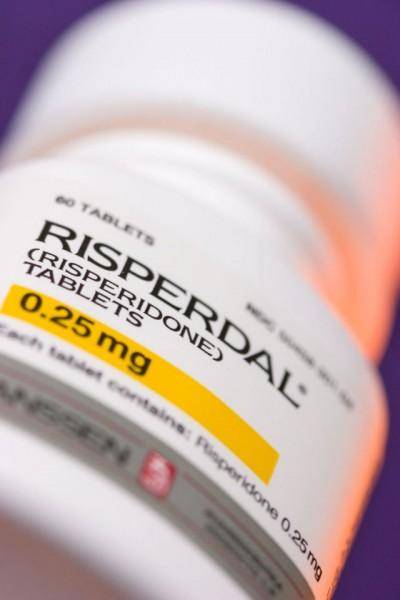 As multi-million dollar settlements are reached in Risperdal lawsuits across the country, more cases continue to be filed by patients who suffered serious side effects from the drug, including young males who experienced abnormal male breast growth (gynecomastia).

At Ellis Law, our product liability attorneys can offer expert advice to those injured by their use of Risperdal.  We can review the legal options with patients and families to help determine the best course of action.  And, of course, any consultation is completely confidential and involves no obligation whatsoever for families or individuals.

Risperdal use and side effects

In 1993, the federal Food and Drug Administration (FDA) approved Risperdal to treat schizophrenia.  Later, the FDA approved the drug’s use for bipolar disorder in adults.  In late 2006, the FDA authorized its use in children with bipolar disorder, as well as irritability and aggression associated with certain types of autism.

Risperdal can cause a number of very serious side effects, including:

Although the drug was originally approved only to treat schizophrenia, Johnson & Johnson, which manufactures Risperdal, marketed it for off-label purposes such as ADHD, obsessive-compulsive disorder and autism in children.  Until late 2006, the FDA had not approved Risperdal to treat children for any purpose.  The FDA warned J&J repeatedly to stop promoting such “off-label” uses — yet the manufacturers continued their forceful tactics.

J&J’s sales force was instructed to visit mental health facilities and physicians whose practice focused on children in order to market Risperdal as a safe treatment.  The FDA asserted that the manufacturer knew that Risperdal stimulated the production of prolactin in children, which can cause milk production and abnormal male breast growth linked to drug use. Yet these side effects were either downplayed or omitted completely from marketing materials.
The drug manufacturer also paid huge sums for research by allegedly independent physicians to support Risperdal use in children.  The Johnson & Johnson Center for the study of pediatric psychopathology was established in 2002 at Massachusetts General Hospital. According to company emails filed in court, “[t]he rationale of this center is to generate and disseminate data supporting the use of risperidone [Risperdal’s generic name]” in children and adolescents.  The Center’s chief later faced disciplinary action because he failed to disclose at least $1.4 million paid to him by Risperdal’s manufacturer and other drug companies.

In another off-label marketing campaign, Johnson & Johnson sales representatives promoted Risperdal to control hostility, agitation, confusion, impulsiveness, and depression in elderly non-schizophrenic patients with dementia.  The company’s own studies showed that Risperdal increased older patients’ risk of stroke and other life-threatening conditions, but marketers downplayed these risks, arguing that the drug could control behavior problems in patients with dementia.

The manufacturer even established ElderCare, a dedicated marketing team, to promote Risperdal to doctors whose practices principally treated elderly patients.  Sales brochures and other marketing materials emphasized Risperdal’s alleged effectiveness in reducing symptoms that made treating dementia patients difficult, particularly in nursing homes and other institutionalized settings.  But the drug companies minimized the fact that Risperdal was approved only to treat schizophrenia.  Despite FDA warnings that the marketing was misleading, the drug companies continued their aggressive sales practices.
Risperdal was an extremely profitable product for the drug companies.  For example, in 2004, Risperdal sales topped $3.1 billion, which was about 5 percent of Johnson & Johnson’s total revenue that year.

These off-label promotional campaigns, and the many misrepresentations of Risperdal’s risks, ultimately led the drug companies to pay $2.2 billion to settle a wide-ranging Risperdal lawsuit brought by the United States Justice Department.  The case was one of the largest health-care fraud lawsuits in U.S. history.  The November 2013 settlement included civil recoveries under the federal False Claims Act totaling $1.72 billion, as well as criminal penalties and forfeitures totaling $485 million.
The settlement required the defendants to plead guilty to one criminal charge, which involved unlawful marketing of Risperdal to control behavior in elderly patients with dementia.  But the drug makers did not admit any wrongdoing as to the marketing campaigns for Risperdal use in children or people with developmental disabilities.  In fact, company representatives continued to assert that the drug was safe and effective.

At least 350 Risperdal lawsuits have been filed nationwide charging that boys and young men experienced gynecomastia as a result of taking the drug.  Many of those cases are part of consolidated litigation pending in the Philadelphia Court of Common Pleas.  The manufacturers have settled several of these gynecomastia lawsuits, in which boys developed breast growth as teens due to earlier Risperdal exposure.
Many of the cases have not been resolved, however, so the litigation over Risperdal and its harmful side effects will continue for the foreseeable future.

At Ellis Law, we specialize in representing victims of dangerous drugs like Risperdal. We have recovered millions of dollars in compensation for clients across the country who have been injured by such products.  Because time limits for filing a Risperdal lawsuit vary from state to state, it is very important to protect your rights by consulting an expert product liability attorney right away.

When a patient is injured due to a drug such as Risperdal, the victim and his or her family may recover compensation for a variety of losses.

A Risperdal lawyer at Ellis Law can seek damages for a plaintiff’s:

Many Risperdal cases may require a parent or guardian to file charges on behalf of the victim.  If the patient is a minor, for example a teenage boy suffering gynecomastia due to Risperdal, a parent or guardian may bring the case for him.  An elderly patient with dementia may also require a guardian to assert his or her rights.  Risperdal patients who suffered a stroke and died are typically represented by family members.

Each of these situations requires the kind of competent advice that Ellis Law attorneys specialize in providing.  We know the varying laws and procedures in different jurisdictions and can provide expert legal advice to patients and families suffering the effects of Risperdal.

Our legal team includes medical experts, veteran investigators, and staff skilled in reviewing the many documents and medical records that typically are produced in such cases.  We’ve handled hundreds of cases involving dangerous pharmaceuticals that were marketed in misleading ways and injured vulnerable patients as a result.  We encourage anyone harmed by Risperdal to contact us for a free consultation at 310-641-3335.