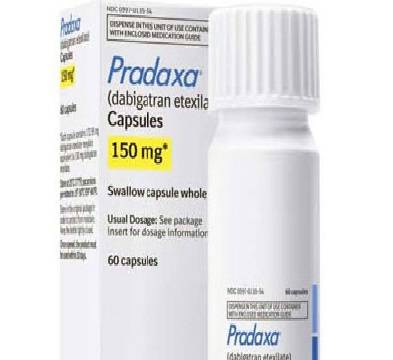 When anticoagulant drug Pradaxa (dabigatran) first appeared on the market, it seemed like a better alternative to warfarin because it required less monitoring and no dietary restrictions. It was, in fact, the first FDA-approved drug for stroke and systemic embolism in over 50 years. Boehringer Ingelheim has reported a 9% increase in sales of Pradaxa in 2013, which amounts to sales of $1.2 billion Euros.
However, product liability attorneys at Ellis Law know there is more than meets the eye with the fast success of this blockbuster drug.
Complaints of heart attacks and uncontrolled internal bleeding caused by the drug have led to the filing of 2,157 federal Pradaxa lawsuits, as of March 2014. USA Today reports that Pradaxa caused 542 deaths in 2011, despite amassing over $1 billion in sales. Not only did Pradaxa lead medication-related deaths for that year, but the FDA also received 2,367 reports of hemorrhaging, 644 strokes, and 291 cases of acute renal failure.
Ellis Law attorneys have been helping victims of corporate negligence, medication-related accidents, and wrongful death for more than 20 years. If you or a loved one has been injured while taking Pradaxa, let us put our experience and expertise to work for you. We have won over $100 million in verdicts and settlements over the years.

Pradaxa was developed by Boehringer Ingelheim, a 128-year-old German pharmaceutical company that went global in the 1940s. The direct thrombin inhibitor drug is given to patients with an abnormally fast heartbeat to decrease the risk of stroke and systemic embolism. It was approved by the European Medicines Agency in September 2008 and FDA-approved in October 2010.
The first adverse reports began to surface in February 2011 when a chronic kidney patient suffered severe gastrointestinal bleeding while taking Pradaxa. The Safe Medicine Practices group issued a 2011 safety alert to U.S. physicians warning them to adjust Pradaxa levels in patients with a history of renal failure.
The FDA launched an investigation into the safety of Pradaxa in December 2011 and concluded that the product was not well suited for people with a history of renal failure or mechanical heart valves. In light of additional research and reports, the FDA made the announcement in December 2013 that they’ll take a second look to “identify groups of patients who are at high risk for major bleeding events with dabigatran.”

Mild Pradaxa side effects include:

While less common, it’s the more severe side effects that have captured headlines in recent years. People who’ve filed Pradaxa lawsuits contend that Boehringer Ingelheim released an unsafe product to market that has caused:

What makes Pradaxa bleeding particularly deadly is that – unlike warfarin — there is currently no antidote to reverse or stop this effect. In November 2013, Boehringer Ingelheim released the results of a phase one study for a possible antidote, but there is no word on when such a product may be available to critical care providers.

Pradaxa attorneys at Ellis Law can point to a number of recent studies to help build your case:

Legal proceedings against pharmaceutical companies can be very complex, which is why you want the very best Pradaxa lawyers working on your case. Here at Ellis Law, we have a number of medical professionals at our disposal that can provide expert testimony. We’ll work tirelessly — digging through vast amounts of data to bring to light the most relevant facts pertaining to your Pradaxa lawsuit.

Evidence has already surfaced during pre-trial discovery in March 2014 that Boehringer Ingelheim failed to disclose key data to the FDA and suggested that the company knew about fatal bleeding incidents caused by their drug.
The first of the 2,157 federal Pradaxa lawsuits (MDL 2385) are scheduled to appear before U.S. District Judge David Herndon starting September 15, 2014. The remaining bellwether trials are scheduled for: December 1, 2014; February 17, 2015; and March 23, 2015. It’s not too late to join the multidistrict litigation or to file a Pradaxa lawsuit in state court.
The potential dangers of Pradaxa are evident in allegations raised by plaintiffs. Four months after using Pradaxa as prescribed by her doctor, Dolores Reed suffered a gastrointestinal hemorrhage and died. Howard Thomas Medley passed away after excessive blood loss following six months of Pradaxa use. Robert C. Tionoli died from bowel obstruction and internal bleeding while taking Pradaxa.
Do not take a relative’s bleeding death at face value. Ellis Law can help you get to the bottom of what really happened.

Any case we take is on a contingency basis only – meaning, we only collect legal fees if you win a settlement or jury award. Contact us at 310-641-3335, any time day or night, to receive a free consultation about filing a personal injury lawsuit. If you or a loved one has been harmed by Pradaxa, please don’t hesitate to call 310-300-7777 to speak with a lawyer at Ellis Injury Law.