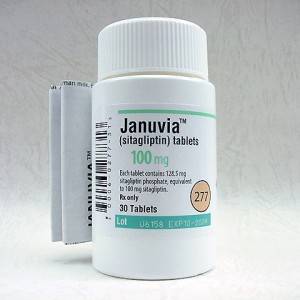 Januvia and Byetta lawsuits are growing in number across the country, as patients who took the drugs to treat type 2 diabetes seek to hold the manufacturer liable for damages related to pancreatitis and pancreatic cancer. If you or a loved one has been hurt by one of these drugs, Ellis Injury Law can help. Our product liability attorneys assist victims that have been seriously injured simply by taking a medication as prescribed by their physicians.
Proving a personal injury case involving dangerous drugs can be a challenging task. It takes a team of experienced lawyers, medical experts and research support staff to understand the complexities of these cases and provide victims with the best possible representation. With two decades of successful litigation to draw from, the personal injury lawyers at Ellis Law have the knowledge and experience to determine liability and help our clients receive the compensation they deserve.

History of Januvia and Byetta

Byetta was approved by the FDA in 2005 for the treatment of type 2 diabetes. The drug falls into the category of medications known as glucagonlike peptide-1 receptor (GLP-1) agonists. GLP-1 agonists help the pancreas to produce insulin more efficiently. The drug also lowers the amount of glucose produced by the liver and slows the digestion of food from the stomach so that less glucose enters the bloodstream.
Byetta is typically administered twice a day by injection, but also comes in a once-weekly formula known as Bydureon. Both Byetta and Bydureon have been associated with a higher incidence of pancreatic and thyroid cancer, which has led to a growing number of Byetta lawsuits filed by injured diabetics across the country. The manufacturers of Byetta, Eli Lily, Amylin and Bristol-Meyers Squibb, have been named as defendants on these lawsuits.
Januvia came onto the market in 2006, one year after Byetta. This drug belongs to a class of drugs called dipeptidyl peptidase 4 inhibitors or DPP-4 inhibitors. This type of drug treats type 2 diabetes by inhibiting an enzyme in the body that reduces production of insulin. Januvia was the first drug in this class to be introduced to the United States. However, reports of serious side effects like pancreatitis and pancreatic cancer have resulted in Januvia lawsuits against drug manufacturer Merck.
Although both Januvia and Byetta are relatively new to the U.S. market, serious side effects with these drugs have already been seen in a significant number of patients. The experienced team at Ellis Law has worked with victims of both Byetta and Januvia, helping them to get the compensation they need to deal with medical bills, lost wages and other expenses associated with serious injuries like these.
If you are considering a Januvia or Byetta lawsuit, our staff will evaluate your case free of charge to determine whether you might be entitled to compensation for your injuries.

A number of potentially life-threatening side effects have been linked with Januvia:

Equally severe side effects have been noted with Byetta:

Pancreatitis is characterized by inflammation of the pancreas. While mild cases may subside without medical treatment, severe acute cases may be a medical emergency. Treatment often involves hospitalization and may require surgery. Pancreatitis has also been identified as a risk factor for pancreatic cancer.
Pancreatic cancer is a dangerous cancer with a poor prognosis for most patients. Because the pancreas is located deep inside the body, tumors are not typically detected during routine examinations. By the time symptoms begin to appear, the cancer is usually quite advanced. Most people diagnosed with pancreatic cancer die within one year of their diagnosis. Nearly everyone diagnosed with the cancer dies within five years.

Since Januvia and Byetta have been introduced to the medical community and general public, multiple studies have supported a relationship between the drugs and serious side effects. In April 2013, a study published in the Journal of the American Medical Association found an increased incidence of hospitalization for acute pancreatitis in patients taking GLP-1 based therapies like Byetta. The study looked at 1,269 patients between the ages of 18 and 69 diagnosed with type 2 diabetes mellitus.
A 2013 publication from the Institute for Safe Medicine Practices reported that both GLP-1 receptor agonists like Byetta and DPP-4 inhibitors like Januvia could increase the risk for pancreatitis, which provided a signal for pancreatic cancer. Injectable agents seemed to carry a higher risk than oral agents for pancreatic cancer, as well as thyroid cancer. The report urged further research into the link between use of these drugs and the risk for pancreatitis and some forms of cancer.
Also in 2013, the FDA announced it would be investigating the risk of pancreatitis and pancreatic cancer associated with incretin mimetic drugs like Januvia and Byetta. The agency has also urged medical providers and patients to report adverse events related to these drugs to the FDA MedWatch program. The investigation was prompted by information from academic researchers that suggested a compelling association between use of these drugs and inflammation of the pancreas.

In August 2013, the escalating number of Januvia and Byetta lawsuits resulted in the coordination of federal cases into multidistrict litigation. An MDL is assigned for multiple cases with similar complaints, for the purpose of streamlining early trial proceedings, eliminating potential conflicts in rulings and preventing duplicate discovery that only serves to slow the litigation process.
The plaintiffs in these cases have similar allegations of pancreatitis, pancreatic cancer, kidney problems and thyroid cancer as a result of taking these medications. In addition, plaintiffs commonly assert the manufacturers of these drugs did not provide sufficient warning about the risks associated with their products, exposing users to unknown dangers.
At the time this MDL was established, 53 cases were transferred to the coordination. Today, many more have joined the litigation process assigned to federal court in San Diego.

If you are considering a personal injury lawsuit because of Januvia & Byetta injuries, qualified legal representation is essential to the success of your case. Ellis Law has over two decades of experience working with clients that have been injured by dangerous drugs and will work tirelessly to ensure you receive the maximum compensation you are entitled to. We believe that no one should suffer at the hands of drug companies that fail to provide proper warning about the dangers associated with their products.

At Ellis Law, we will help you pursue all the potential damages you deserve, including:

At Ellis Law, we pride ourselves on providing the highest quality legal representation to victims of Januvia and Byetta-related injuries. We know the devastation that can occur as a result of drug-related injuries and we will work hard to ensure you receive the highest amount of compensation possible. To receive a free, confidential evaluation of your case, contact Ellis at 310-641-3335 today.