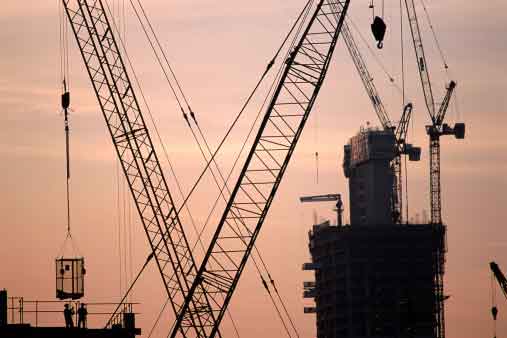 Just before 8 o’clock last Friday morning, Los Angeles County firefighters were called to the SoFi stadium, where a 340-foot crane had reportedly collapsed. Aerial surveillance showed the toppled crane in a dirt lot just outside of the arena. Authorities say there were no injuries but several vehicles were damaged.

The general contractor at the Inglewood site, Turner AECOM Hunt, stated that the crane accident resulted in property damage but did not affect any part of the still-under-construction stadium that is slated to open in late July of this year.

The massive SoFi stadium will eventually host the Chargers and the Rams, and will be the NFL’s costliest undertaking with a price tag of some $5 billion.

Construction of the 70,000-seat multi-purpose stadium began in November 2016.

According to the Los Angeles Fire Department, the incident happened when another crane accidently hit the boom of a stationary crane, causing it to fall over. While no one was hurt in the crane accident, the California Division of Occupational Safety & Health says it will begin investigating.

General contractor, Turner AECOM Hunt, released a statement that its own investigations were underway and that the company “works extremely hard to create a safe work environment on site.”

At this point, it is unclear which person or entities may be responsible for the SoFi stadium crane collapse. Operators of cranes and other heavy construction machinery require extensive training to minimize any risk of injury.

Construction companies, general contractors and subcontractors have a legal obligation to ensure their employees are properly trained for the job at hand, and to maintain a safe working environment.

The state of California allows individuals who are injured by the negligence of another to seek financial reparations from liable parties. This means that injured workers, bystanders or pedestrians who are hurt on or near a construction site have the right to seek money damages when evidence of negligence is at play.

For over 25 years, Ellis Injury Law has been tirelessly advocating for injury victims throughout Southern California. Our construction accident attorneys investigate all aspects of workplace and construction injuries to determine liability, and can outline your rights for pursuing compensation. Our award-winning lawyers have recovered more than $350 million on behalf of clients, and are ready to fight for you.