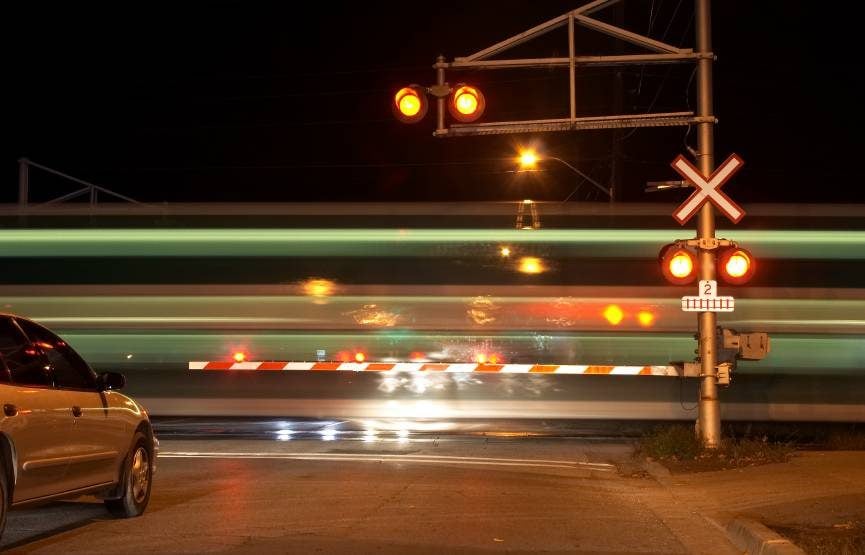 A commuter train derailed near Fremont on March 7, injuring 14 passengers. The derailment may have been attributed to a mudslide that uprooted a tree onto the tracks, forcing the front train car to plunge into Alameda Creek in Niles Canyon.

There were 214 passengers on the train when the accident occurred and emergency personnel was able to remove all of those passengers from the train safely.

The Altamont Corridor Express (ACE) train derailed in Sunol, a rural area east of San Francisco, around 7:15 p.m. on Monday, March 7. At the time the accident occurred, the train was traveling at approximately 30 miles per hour. While a mudslide is suspected as the cause of the crash, it is under investigation at this time.

The first two cars derailed as a result of the crash, but only the front car ended up in Alameda Creek. The second car was able to remain upright, allowing passengers to evacuate the car safely. The passengers in the front car climbed to safety with the assistance of emergency personnel that arrived on the scene by approximately 7:30 p.m. First responders faced strong currents in the creek to pull passengers to safety but successfully evacuated all of the passengers by 8:30 p.m.

“It was dark, wet, it was raining. It was very chaotic,” Alameda County Sheriff’s Sgt. Ray Kelly told Fox News. “This is an absolute miracle that no one was killed, no passengers or first responders.”

Four of the passengers that were evacuated were taken to area hospitals with serious, but not life-threatening injuries. 10 more also had injuries that were not considered serious. Passengers without injuries were transported to Alameda County Fair after they were checked by emergency personnel, to await friends and family members.

The train had departed San Jose at 6:38 p.m. and was scheduled to arrive in Stockton at 8:50 p.m., according to the ACE website. Officials for the company said the trains would not run on Tuesday so that an investigation could take place and the track could be repaired. The National Transportation Safety Board are investigating the accident.

While trains are no longer a top method of transportation in this country, thousands still use commuter trains daily. Around 2,500 train accidents are reported annually, according to the Department of Transportation and the Federal Railroad Administration. Because passengers traveling on these trains are typically without any type of restraint or protection, injuries in the event of a crash or derailment can be catastrophic.

Depending on the cause of a train accident, which can be any one of a variety of factors, victims may be eligible for compensation for their injuries and other non-economic losses. Some of those causes where victims could hold the train operator responsible include driver negligence, negligence in the maintenance of tracks or mechanical failure of the train. However, the ability to hold operators liable usually comes with time limitations, necessitating professional legal assistance as soon as possible to determine whether a personal injury lawsuit is warranted.

At this critical time, it’s important to discuss your injuries with experienced train accident lawyers in Los Angeles. For a free evaluation of your case and answers to all of your legal questions, contact the Ellis Law team today at 310-641-3335.