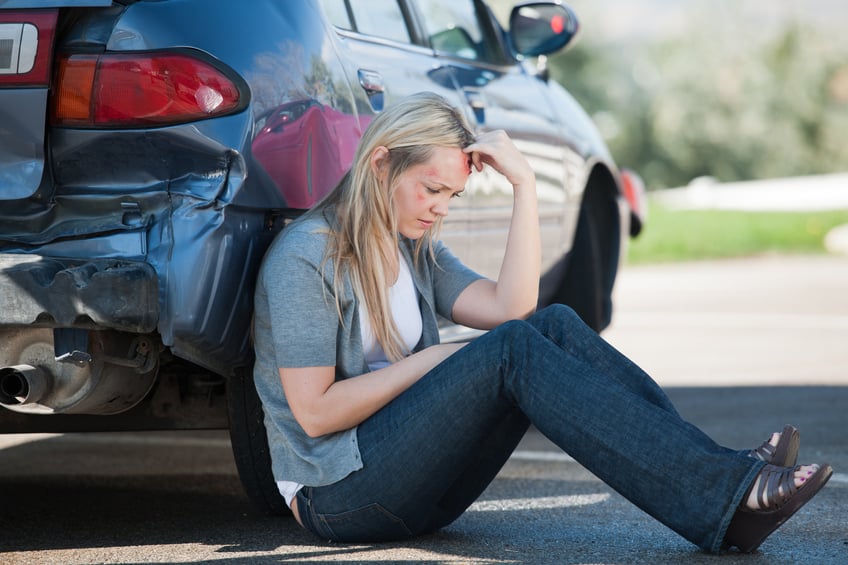 If you have been in a car accident in southern California, you may not have felt any symptoms of an injury at the time of a crash or shortly after it. Adrenaline and other stress responses can kick in to mask symptoms.

In addition, a number of injuries, including those to soft tissue, may not manifest for several days or even weeks after an accident. They can affect your functioning and quality of life. Some can even be life-threatening.

As a result, it’s good to know what the most common delayed car accident injury symptoms are and how they can affect you.

It’s a good idea to see a doctor after a car crash. Why? Because they can check for signs of a concussion and other potential head injuries. Concussions can occur by the head being jostled, or your upper body and head being moved sharply back and forth.

If you begin having headaches several days after the accident, it may be a sign of several common post-accident injuries, including injury to the neck, the head, a concussion, or a blood clot or bleeding in the brain.

Pain or Stiffness in the Neck or Shoulder

Experiencing pain or stiffness in the neck or shoulder after an accident is one of the most common delayed symptoms after a car accident.

Many cases are associated with whiplash, which acquired its name from the movement of a body back and forth if a car is hit from the rear. The movement can cause soft tissue damage, which will not show up on an x-ray, but may result in pain and stiffness that can be long-lasting.

Pain in the Back

Back pain can stem from injured muscles, nerves, vertebrae, or ligaments. It is especially common in rear-end crashes and crashes in which people were hit from the side.

Pain or Swelling in the Stomach

If you have pain or swelling in the stomach after an accident, see a physician immediately. Pain and swelling could mean you have internal bleeding. Other potential symptoms of internal bleeding include bruising, especially dark bruises, faintness, and dizziness.

Post-Traumatic Stress Disorder (PTSD) manifests through nightmares and flashbacks of traumatic events. PTSD is a common psychological symptom after a crash.

If you or a loved one has been in a car crash causing injury or psychological stress in southern California, we can help. We have been litigating and investigating accidents in the Los Angeles area for more than 20 years. We fight aggressively for your rights.

Please call today at 310-641-3335 for a free consultation with an experienced Los Angeles car crash lawyer.