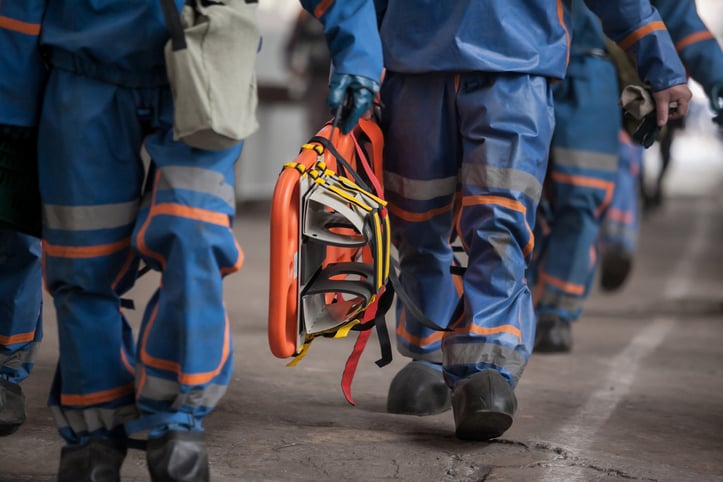 A total of 9 people were injured in Canoga Park on October 20 when a car crashed into a fire hydrant, causing a geyser that flooded a close-by shoe store. Five of the injured had life-threatening injuries, according to the Los Angeles Times. Another, a four-year-old child, had a broken leg.

The accident happened at the corner of Sherman Way and De Soto Avenue shortly before 9 p.m. Fire Department officials indicated that a Kia which appeared to be speeding collided with a Nissan, causing the Nissan to crash into the fire hydrant.

The Kia’s driver was arrested on suspicion of driving under the influence of alcohol or drugs. She was handcuffed at the scene.

The geyser from the fire hydrant also partially collapsed the roof of the shoe store, WSS Footwear. Customers were inside at the time of the accident. Power lines also fell as a result of the geyser.

The water was shut off within the hour by the L.A. Department of Water and Power. The extent of structural damage and the timing of the clean-up of the building was not immediately confirmed.

Assessing Liability in an Accident

While all accidents are different, some observations about liability can be made as a result of this accident. All drivers owe a duty of care to the public as a result of obtaining a driver’s license. The duty of care consists of obeying all traffic laws and regulations and driving safely and prudently. Speeding and operating a vehicle while under the influence of alcohol or drugs are clear violations of the duty of care, because they are such actions are neither safe nor prudent.

Any driver who violates the duty of care can be deemed negligent. When the negligence causes an accident, the negligent party can be liable for injuries and property damage directly stemming from the accident.

When You Need a Car Accident Attorney in Southern California

If you or a loved one has been injured or killed in a Las Angeles car accident for which another party was responsible, let Ellis Law Corporation help. We have more than two decades of experience working with a comprehensive investigative team to determine the causes of car accidents and liability for damages.

Please call today for a complimentary appointment to discuss your case with a seasoned car accident attorney. We are vigilant about pursuing justice.