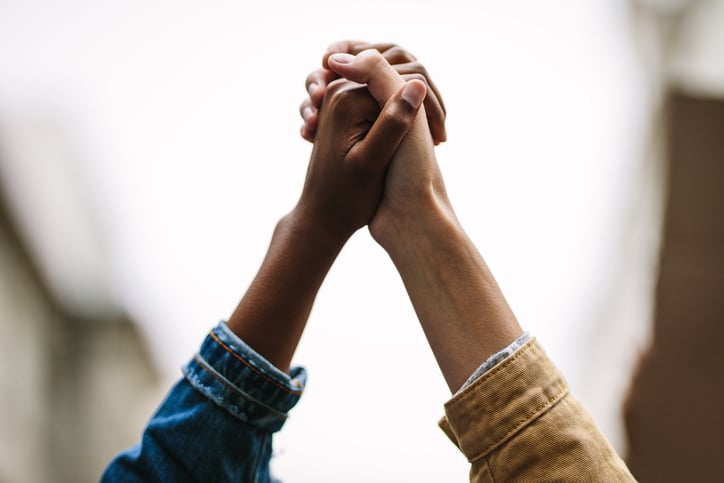 Black Lives Matter originated as a call to action in response to state-sanctioned brutality and racism more than 7 years ago. The tragic death of George Floyd in Minnesota has catalyzed a movement that continues to fight for liberty, justice, and equality.

As Martin Luther King Jr. famously said, “Injustice anywhere is a threat to justice everywhere.” Here at Ellis Injury Law, we are disturbed by the mounting reports of peaceful protesters in Los Angeles and elsewhere in the nation being assaulted with physical force, tasers, tear gas, and rubber bullets.

Equal protection under the law — despite race, creed, gender, or religion — has been an empty promise for far too many, and we whole-heartedly believe that police reform is long overdue. How many more people of color have to be unjustly harmed or killed at the hands of the police before we take meaningful steps to address the systemic racism in our society?

Protestors – outraged and demanding systemic change – have taken to the streets with loudspeakers, signs, and messages of denied civil rights. Hundreds of peaceful #BLM protestors – condemning police brutality – have been met with round after round of violence.

In Los Angeles, alarming videos, press accounts, and photos taken by bystanders illustrate that tactics used by police are not changing. Use of excessive force on seniors, misuse of pepper spray and tear gas, and seemingly indiscriminate firing of rubber bullets into crowds are just some examples of police abuses we have witnessed.

Civil rights activists are infuriated. Is the system so corrupt that the LAPD has a license to harm or even kill without consequences?

The LAPD’s sometimes horrific treatment of protesters following Floyd’s death has provoked a massive backlash.  So much so that the Los Angeles Community Action Network and Los Angeles chapter of Black Lives Matter brought a lawsuit against the city over police violence and mistreatment during the protests.

In response to viral videos depicting excessive violence, the LAPD told CNN it is “aware of individuals who have posted videos online and on social media depicting encounters with the police, that they believe constitutes excessive force or misconduct during these demonstrations.” Adding that they intend to “investigate each instance thoroughly, and hold any officer who violates department policy accountable.”

Many have called for defunding the police, implementing reforms aimed at addressing and banning potentially deadly procedures, such as chokeholds, and ‘decertifying’ officers who commit serious misconduct.

At a recent news conference, California Attorney General Xavier Becerra called on police departments throughout the state to decertify police officers for grave abuses. The police reform proposals announced by Becerra would require officers to give verbal warnings before utilizing lethal force.

On June 24, an L.A. City Council committee voted to put together a package of police reform proposals. Up for consideration is a motion that would make it illegal for people to make 911 calls or make false police reports based on racist beliefs.

The proposal also advanced a bid to make every officer in the LAPD wear a camera on their person and to investigate incidents of officers brutally attacking nonviolent protesters in recent #BLM demonstrations.

Law enforcement must be held accountable for their actions. Anyone who has experienced police brutality or violence has a right to legal recourse. Contact Ellis Injury Law to discuss your options during a free case review.